Being an island Phu Quoc obviously offers some dive spots that could be explored during a stay on this beautiful island. It actually offers several interesting dive spots in the northern part of the island (only to be visited between November and April) and the southern part (open all year long). So if you just need a break from sitting on the beach and exploring the underwater world, then Phu Quoc is a good option.

You will actually hear often that diving here will not be as exciting as in other dive locations, like Thailand, Philippines or Borneo. And yes, Vietnam in general cannot compete against the other location. But nonetheless it is a pleasure diving here, as long as you are happy to be underwater to enjoy the life there. If you either fall in this category or you just want to learn diving, then Phu Quoc is a good place for a relaxing dive.

This dive centre is located in Duong Dong, just a couple of minutes away from the main pier. The boat departs from here, though if the trip goes to the north you can be picked up at Mango Beach. This is certainly a good option as you do not have to ride to Duong Dong.
The dive centre is very helpful, and you can book in advance via Facebook. The equipment is also in good condition.

Here is the full review of the Dive Centre.

We visited only one dive sites – Turtle Island, though you will dive once in the north part of the tiny island, and the second dive will be to the southern part of the island. Unfortunately it seems there some limitations of dive spots, as  a few days later they headed to the exact same spots when the trip to the Phu Quoc South has been cancelled.

This dive site is in the northern part of Phu Quoc. The island itself is very small, surrounded by blue water, near the shores of Phu Quoc. 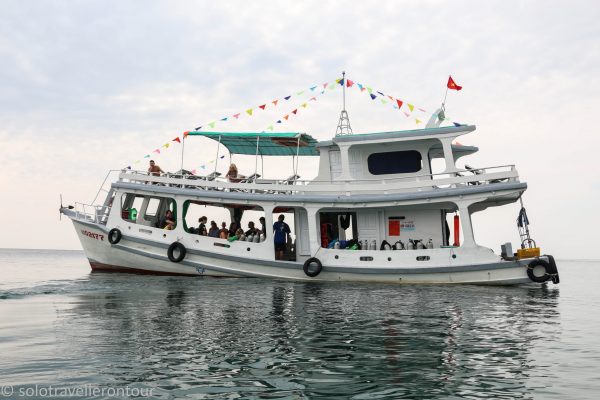 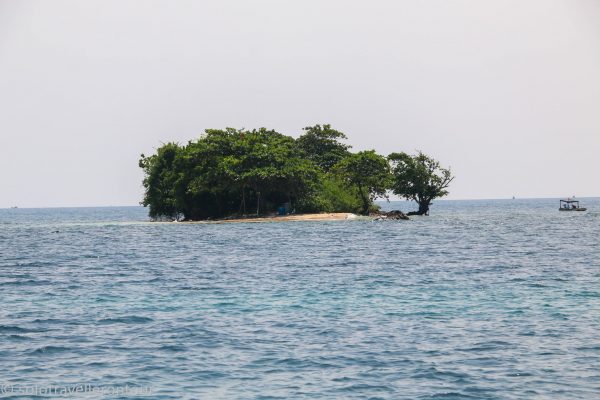 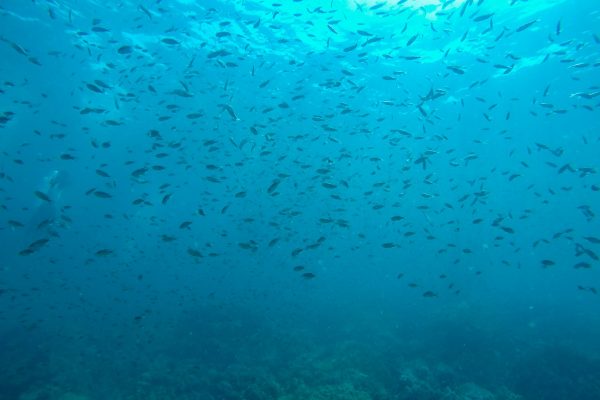 Some of the local inhabitants 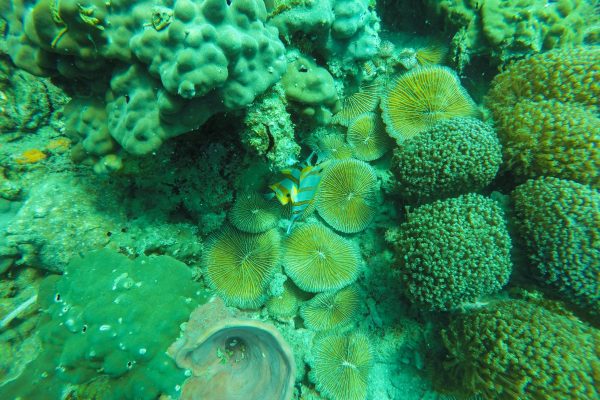 This dive site is rather shallow, with a maximum depth of 10m. So it is certainly an easy dive experience, as there is no strong current either. I was lucky during my dive – visibility was between 10 and 15m (apparently the best visibility they had for a while)

I must admit – I was surprised by the dive site. I was told that the dive sites around Phu Quoc are not very good. Yes, the sites cannot compete against the Red Sea. But nonetheless – it was very nice. The ground was covered with all different types of corals, most of them looking healthy. Some of them looked rather interesting like little volcanoes and while not as colourful as in other great dive sites you could see some nice colour combinations. I certainly enjoying only hearing my own breathing, floating over the corals and observing this beautiful spectacle under water. I always feel so relaxed under water.You could also spot enough clams and sea urchins on and between the corals. There were plenty of little sea cucumbers on the corals – though they look very strange. 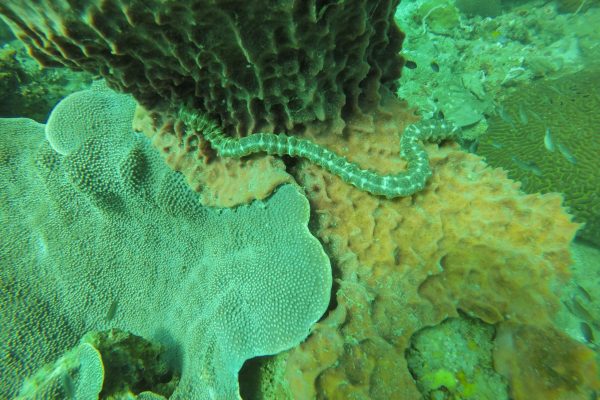 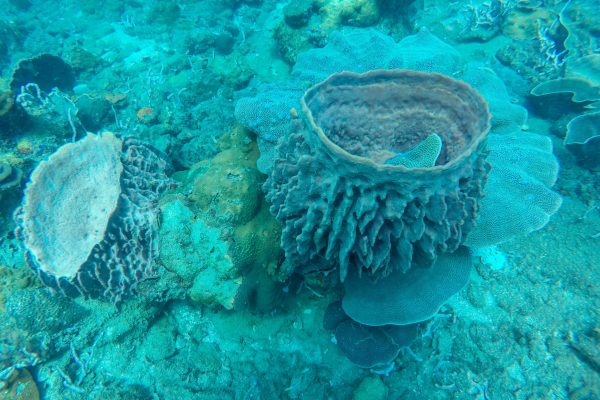 Some corals had a strange shape like a vase or volcano 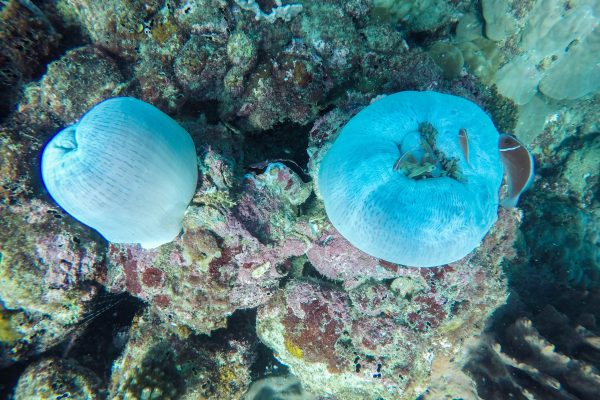 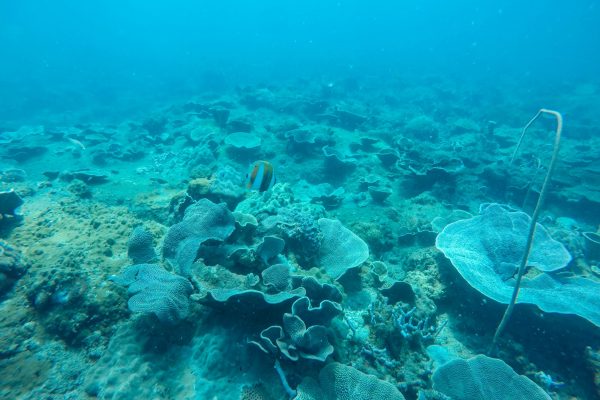 The ground in 9m depth

Even not as many as in the Red Sea I spotted enough fish around, some colourful and other less colourful ones. The sight of Clownfish was obviously not missing. Overall, tis is an easy and very relaxing dive.

This dive is only a couple of minutes away from the Turtle Island North – it is just on the other side of the small island – so same same but certainly different….

As the northern site this is rather shallow with a maximum depth of 9m. So a nice relaxing and easy dive. Once again great especially for beginners to get comfortable.Similar to the northern section visibility here can be good.  The floor was covered with coral reefs – and there you could spot quite a few clams, sea urchins, little sea cucumbers. And while there are not the amount of fish like the red sea there were enough here. 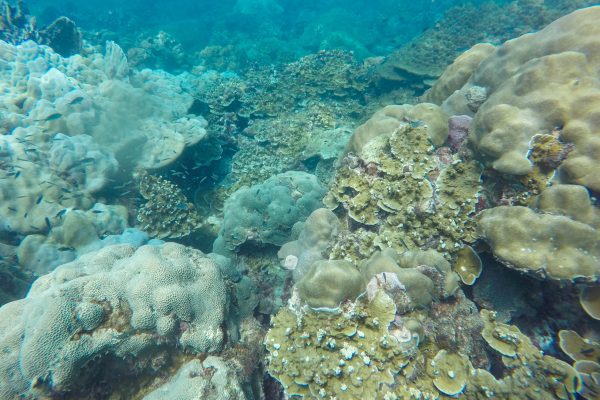 The sight at southern side of Turtle Island 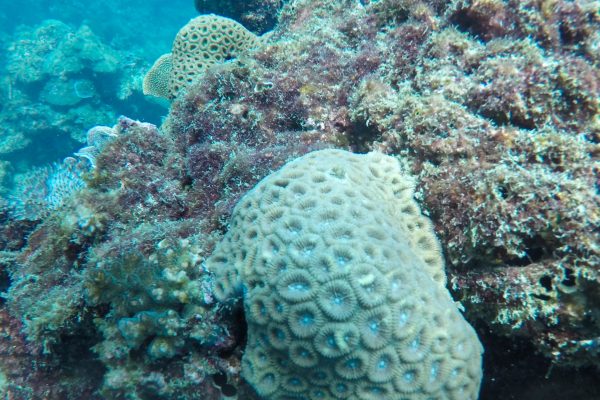 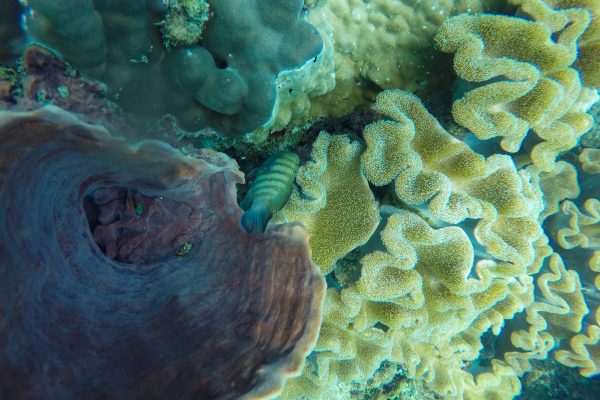 Great contrast of the different corals - and fish 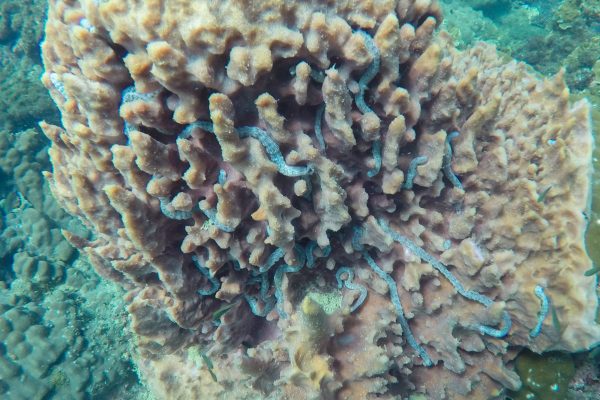 After a while the highlights appear, with lots of corals, feather corals you can watch retracting as soon you getting to close. The clams “mouth” open and closing. Seeing Nemo and his father. Or just watching a strange looking fish disturbing the ground in the search of food. 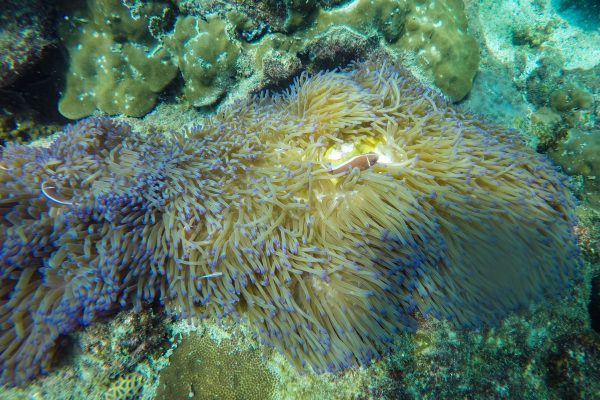 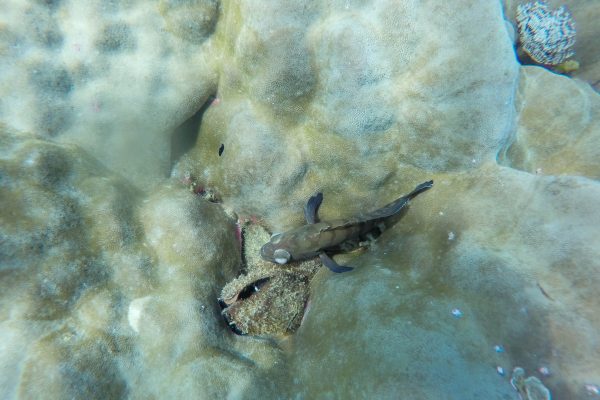 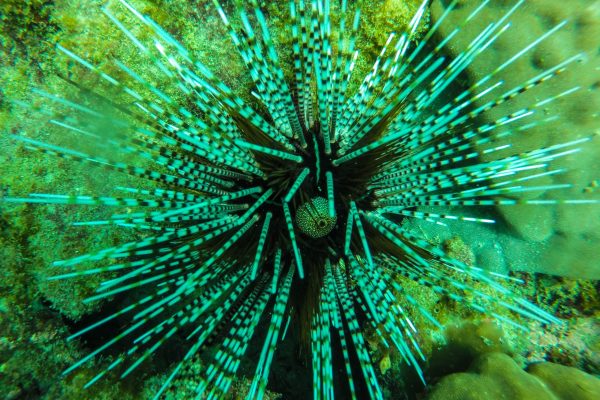 Creature of a horror movie??? No, just am sea urchin

These two dive sites are nice, and perfect for beginners due to shallow water and the lack of strong current. The sea life is nice (not spectacular). But even for more experienced divers this can be a nice day out just to be able to enjoy time underwater. And for me – this is the most important thing. Just enjoying the peaceful surrounding, just hearing my own breathing while watching the underwater life. You don’t need a deep dives to enjoy some beautiful views –  a shallow dive can be nice too. So for me this is a perfect 1/2 day excursion.

I wanted to try the southern dive sites, but due to bad weather my second dive trip was cancelled and they headed back to Turtle island. While I enjoyed my two dives here, I did not want to go there again a day later.