Ba Chuc is a town only a few kilometres. But it has a very sad history as it was the scene of a war crime committed by the Khmer Rouge in 1978. Over a period of 12 days the Khmer Rouge slaughtered over 3,000 civilians, including children, women, and elderly. It is the Khmer Rouge Killing Field in Vietnam. Today the Ba Chuc Tomb is a memorial site to remember those victims.

It is also sometimes called Ba Chic Crypt. It remembers these innocent victims of this crime – which was part of the genocide the Khmer regime committed in Cambodia.

How to get here

The Ba Chuc Tomb it is located in the border town Ba Chuc, near the Cambodian border. It is along the Road 995B, and off the Q1 Highway that follows the border to Cambodia. Unfortunately, during my visit in 2018 there were no signs for the Crypt – so it can be difficult to find.

When coming from south on the 955b, turn into the town via the main road. This road will lead you to the Grievous Tree, which you cannot miss. At the end of that road turn right into the “Ring Road” of the town. After a few metres you will see a huge empty space – the memorial is at the end of that square. You can park your bike at the secured location next to the road.

Coming from the Q1 Highway, turn right at the end of the road onto the “Ring Road”. When you see the Grievance Tree on the road to your right, you see the square with the memorial on your right side.

When the terror regime of the Khmer Rouge was in power in Cambodia, the relation between Cambodia deteriorated fast. In 1977 the Khmer Rouge led several attacks into Vietnam, killing over 1,000 civilians. Vietnam retaliated by sending troops into Cambodia, but after a successful campaign retreated as Vietnam did not meet its political objective.

Despite the heavy defeat in December 1977, the Khmer Rouge crossed the border into Vietnam again in April 1978. The Khmer Rouge attacked the village of Ba Chuc, and over a period of 12 days killed over 3,000 civilians. They did not differentiate between victims, killing children, women, elderly – the same way they did in the Killing Fields across Cambodia. As per reports there were only 2 survivors.

Vietnam reacted starting full military actions in June 1978. It  led to the capturing of Phnom Penh in January 1979, ending the terror regime of Pol Pot and the Khmer Rouge.

Therefore, Ba Chuc should be on the itinerary for anyone who is interested in history. This little town played a tragic, but very important role in recent history of this region.

The memorial site of this massacre – the Ba Cuc Tomb – consists of two buildings. 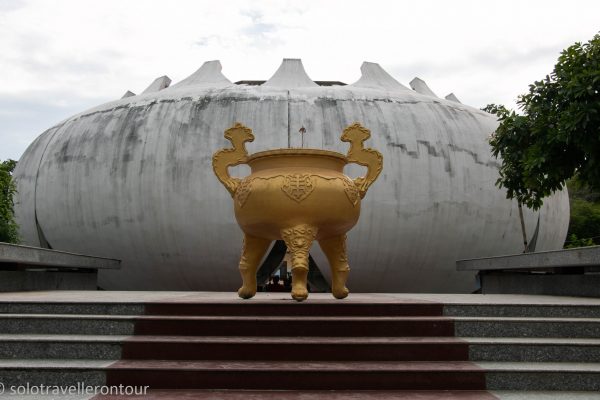 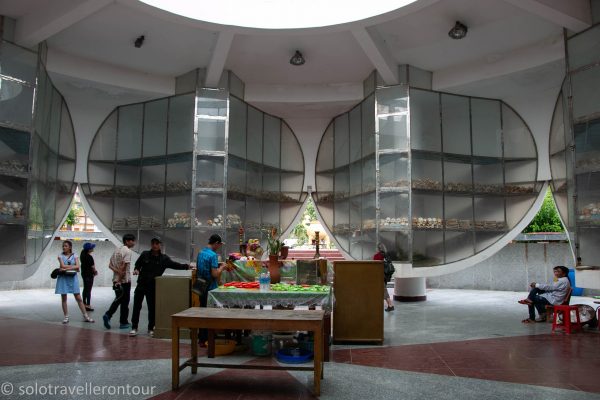 The interior of the memorial with the remains of the victims

The main memorial site is a simple white building in the shape of a Lotus with small openings to allow natural light inside. The inside offers a rather humble exhibition – which for me is perfect considering the reason for this memorial. They have sorted the bones of the victims by age group and gender. The skulls and larger bones are separated from other bones. It really shows what happened here over 40 years ago.

It has the same layout as the Choeung Ek Genocidal Centre near Phnom Penh, which I visited during my first ever trip to Asia back in 2011. And you might get the same feelings here in Ba Chuc – as it is impossible to understand how these things could have happened. 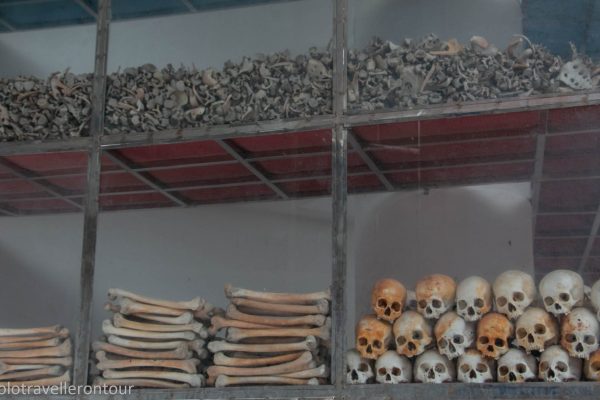 Some remains of the victims 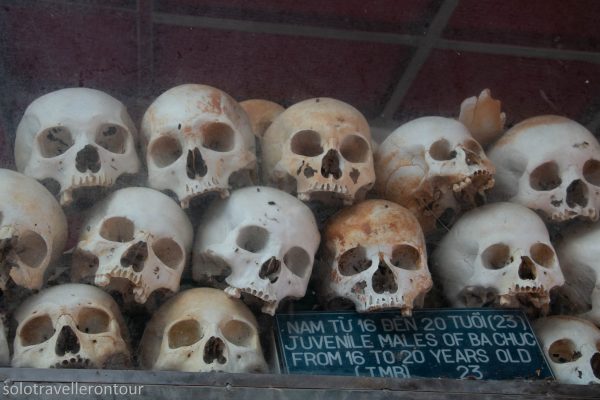 The remains were arranged by age

Next to the memorial building is a separate building. Here you can see photos of the aftermath of the massacre as well as information about the events. While it is informative, some photos are not for faint-hearted. Please consider this when entering the building. 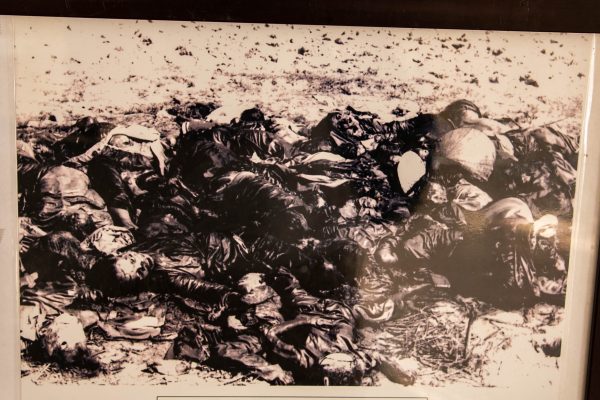 The photos are not for everyone I guess 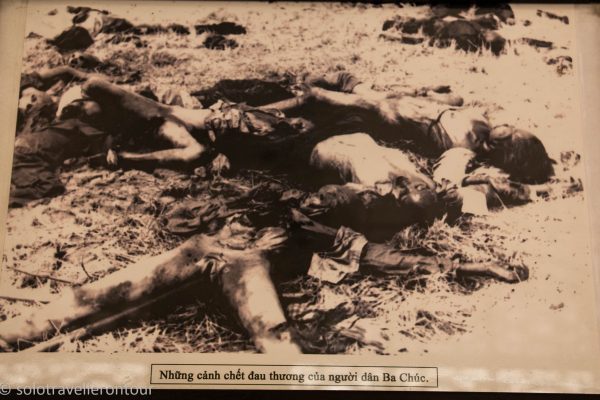 Some photos shown in the building next to the memorial

This is clearly not a museum or normal tourist attraction. So please consider this and behave accordingly. It is a sobering place, and the photos and thoughts about this place might stay with you for a while. Nonetheless, if you are in the area, you should visit Ba Choc Tomb to pay respect to the over 3,000 victims of this terrible war crime.