Baguette stalls at the square

During the day the square on Sisavangvong Street opposite the Tourist Information is full of different little stalls selling baguettes and fresh drinks. Loving the various versions of baguettes I had in Laos I must admit that I am not very impressed by the baguettes sold there. I found they lacked some strong flavours. But they are ok for a small snack during the day

On Khem Khong Road along the Mekong is full of various food places, offering some nice view over the river. They serve typical Laos dishes all day (i.e. Laap, Papaya salad etc), so you can get  or dinner here. There are one or two places that offer all you can eat hot pots which is a nice option for smaller groups, though they only open in the evening. Great places worthwhile to check them put especially for lunch to enjoy the nice view. 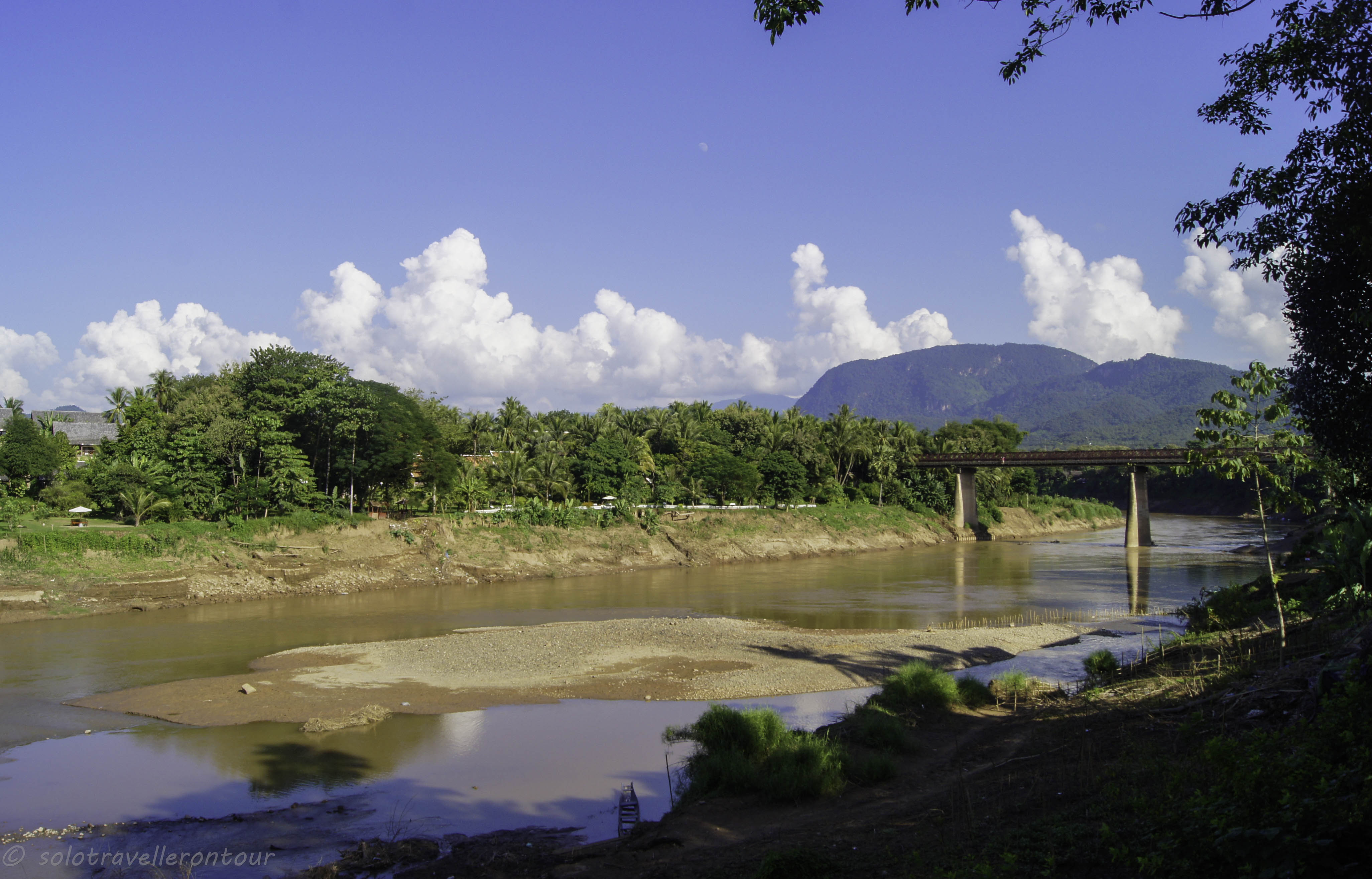 On Kingkitsarath Road along the Nam Khan you will find some of the more upper scale restaurants. I haven’t been to any of them, but the Tamarind restaurant, offering French – Lao cuisine, has a good reputation (based in their cooking class I believe the reputation is there for a reason. There is also a restaurant on the other side of the river, you can reach it by boat during the rainy season and a bamboo bridge during the dry season. I heard some good things about it.

This food place on the banks of the Mekong at the corner Kitsalat Road and Khem Khong was my main place I visited during my second stay. They serve very nice little Lao dishes, like Laap or Papaya sald. Their omelette is very good as well. I liked the location, and the good food for a low price makes it a very interesting option for lunch.

Through out Luang Prabang (outside the Old Town) you will find plenty of little soup places. One I would highly recommend is on Kitsalat Road between the tourist information and the Mekong, opposite of the entry to the morning market. The main reason is that in addition of a very tasty Pho they also serve Khao Sai, which is a noodle soup with chicken and some mint meat, giving the soup some red colour. This was probably the best soup I had in Luang Prabang. You need to go there early morning though, as that soup was sold out at 10:30 during a second visit. Highly recommend little gem.

The Joma Cafe near the post office on Chao Fa Ngum Road (extension of Sisavangvong Road) is a well know bakery in Luang Prabang. They sell some nice pastries, and the best item is in my opinion the morning wrap. A great item for a little breakfast. However, I found the coffee rather average. Also, prices here are higher than in most other places.

Back to LP Menu