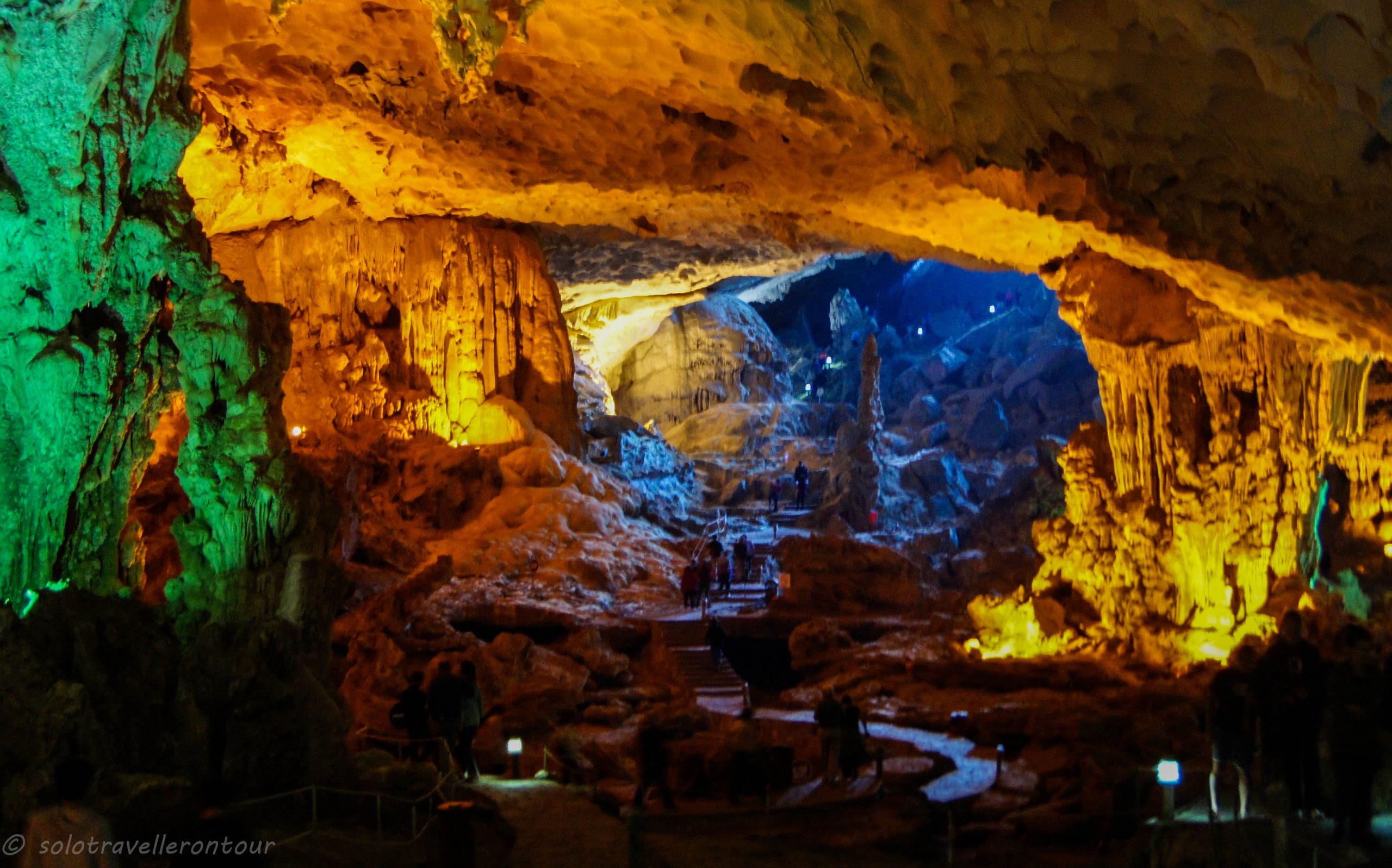 One of the most popular sites for tourists around Halong Bay is probably Song Sot cave. It is included in the itinerary of nearly every single Halong Bay cruises.

This cave, one of the largest in Halong Bay, is located on a larger island near Cong Do area, where most cruises stay overnight, so this is one of the reason why it is covered by nearly every cruise.

You get to the cave via a wooden pier, and you have to walk quite a few stairs to the entrance of the cave. If you have walking difficulties it will be a challenge to get to the middle of the island where the cave is located. On the way up you will have a few great views over the bay – so it is worth it to turn away from the stairs and the island. 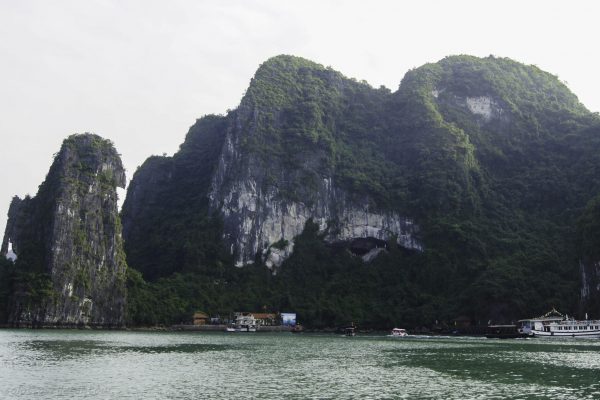 The island of Sung Sot cave - the entrance clearly visible 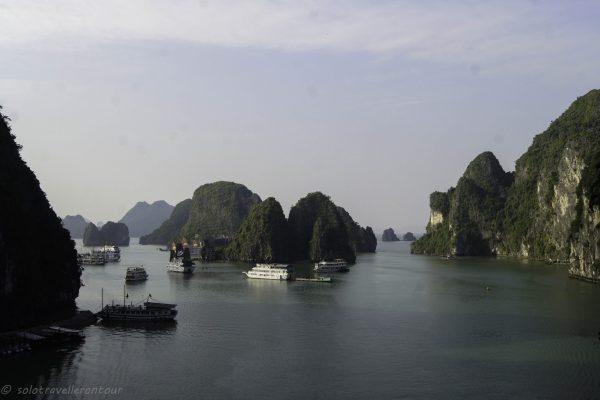 From the staircase a little path leads into the cave. While the cave itself is very well lid and well taken care off, the path can still be slippery – so be careful. The first part of the cave covers two little chambers with some impressive looking rock formations. Past of the ceilings look like from an Alien movie. 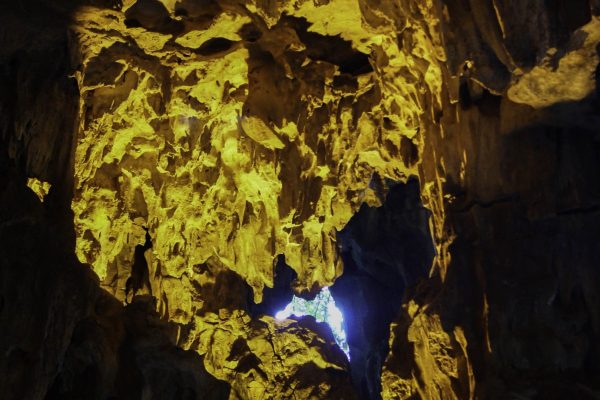 Inside one of the little entrance chambers 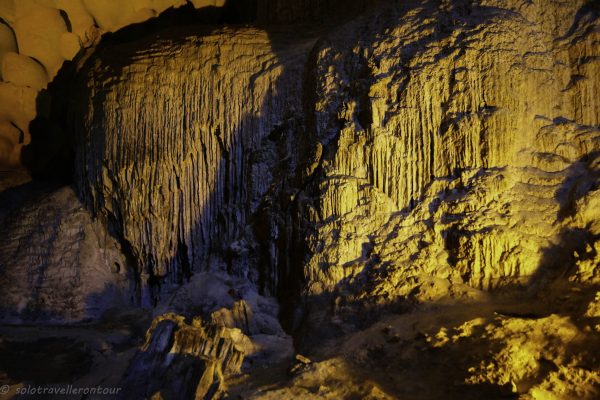 Impressive looking alls in the chmabers

However, after the first two chambers you will understand where the other name of the cave – Surprise Cave – comes from. The highlight is the massive chamber inside the island. The ceiling is in some places very high, the rock formation is impressive, and while some claim that the colourful lightning might be a bit cheesy, it still adds a bot to the atmosphere. It is very difficult not to be impressed with this cave. Keep an eye on some rocks on the ground as well – there are a few that might remind you of animals. And one specific rock on top of another rock might remind you of something more dodgy. Or maybe to those with a dirty mind. 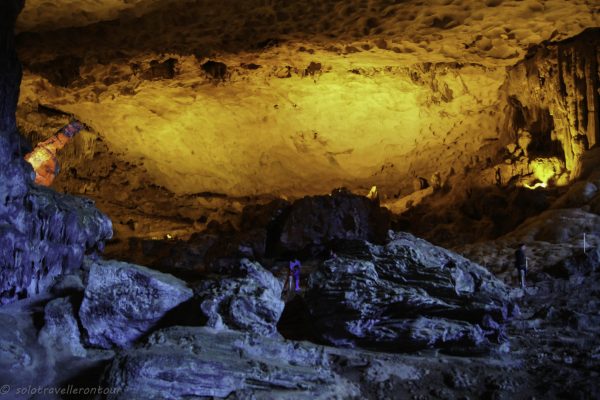 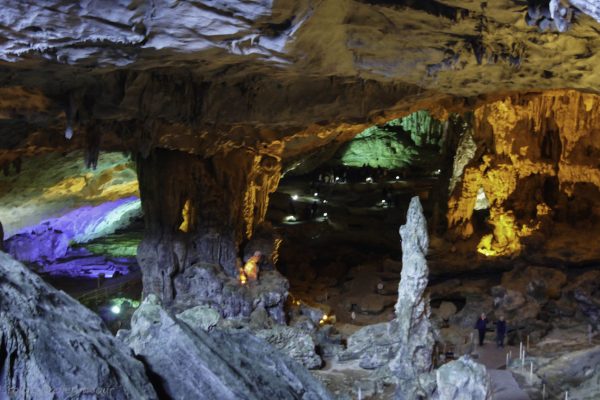 View from the exit 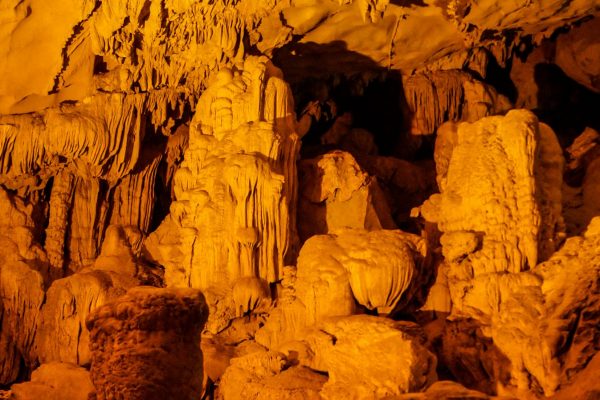 One the little niches of the main chamber

You will exit the cave to another viewing platform with a last chance to take some photos of the bay. From here the wooden stairs lead you don again to the pier, where the little boats bring you back to the junks.

Despite being busy with tourists, it is a nice cave, and it is one of the most popular tourists sites for a reason.