Trai Phu Tuong prison on the far est of Con Son village is probably the most notorious prison on Con Dao. 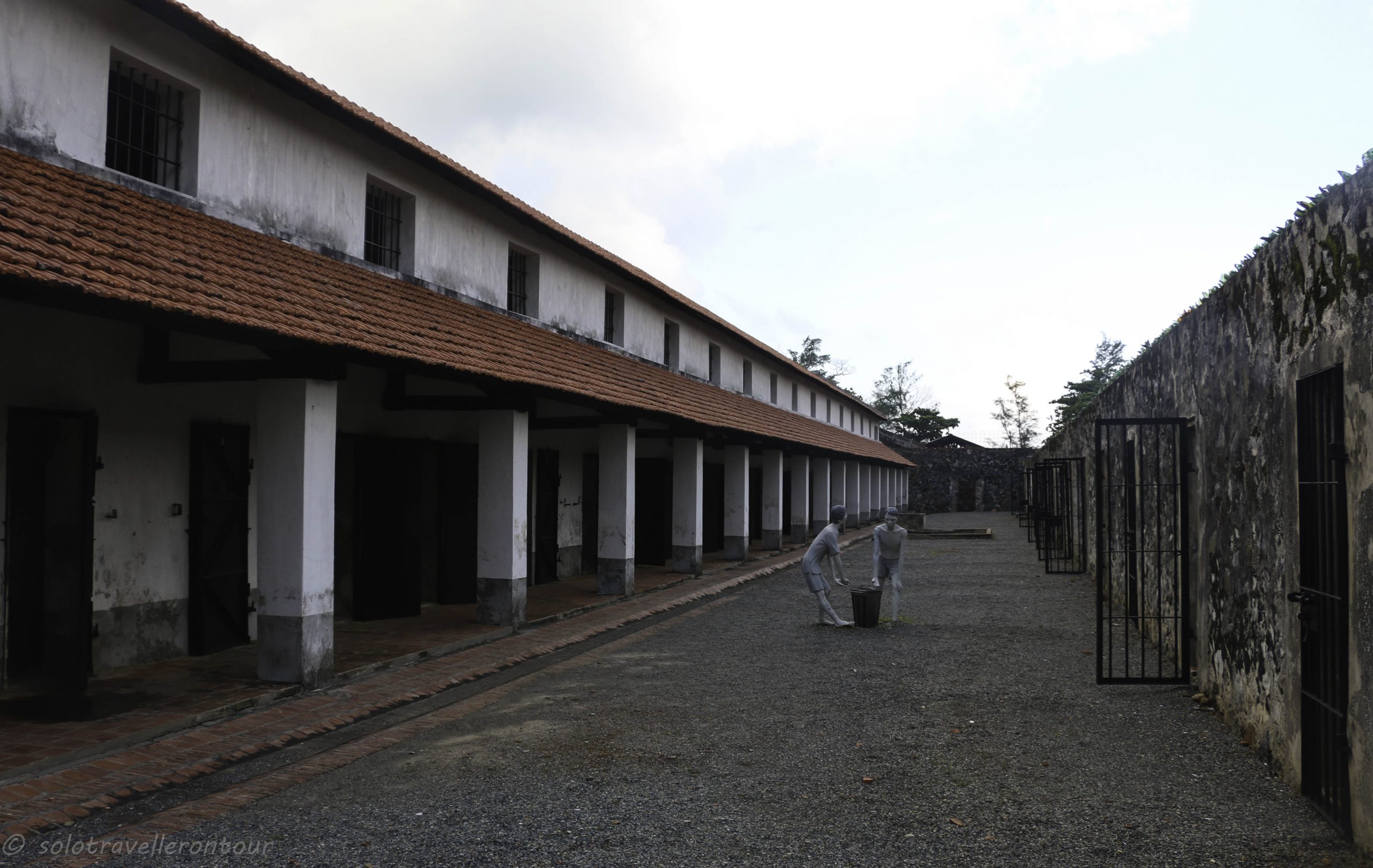 Built in 1940 by the French it was in the mid 1950’s taken over by the US and their South Vietnamese allies to imprison Viet Cong, political dissidents or communists. In total the prison had over 180 cells, of which 60 had no roof – so prisoners faced the strong tropical climate without any protection. Just considering the high temperatures on the island to understand how terrible the conditions were.

However, this was not even the worst place of the prison. In addition there are several buildings with the so-called Tiger Cells. These small cells held up to 5 prisoners and had bars at the door but also above them, where their captures throw things into or just hit the prisoners with truncheons. The prisoners, including over 300 women, were tortured in these inhuman conditions. Many of the 20.000 who died on the island came from this prison. Only in 1970 came the truth about the prison out, when a delegation of the congress visited th island and one of the aides, Tom Harkin, took photos f the conditions and released them. It was the beginning of the end of these conditions. Here is an excerpt of his translator Don Luce who wrote about it. 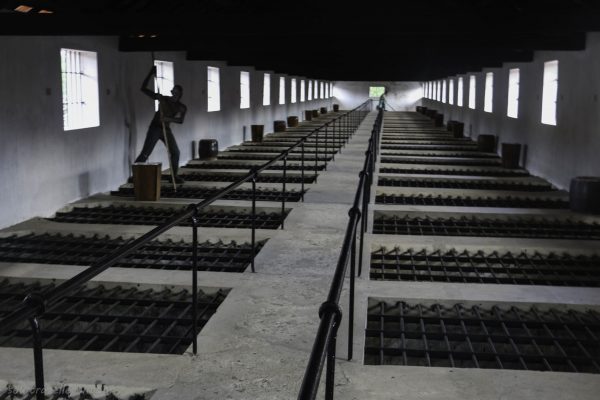 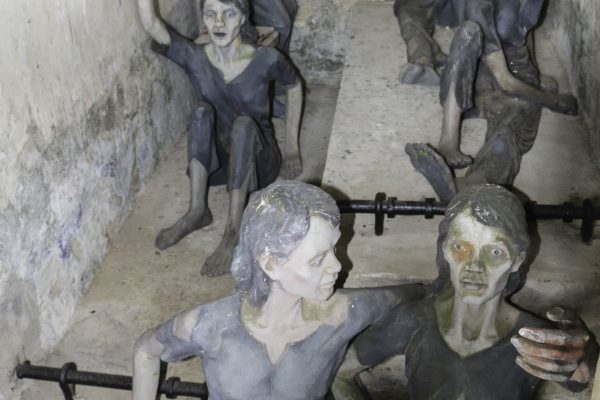 Inside the Tiger cell

This is a site where once again the inhumanity of war was shown – so it should be really be visited to see how such terrible crimes can happen on such beautiful island.

From Con Son Village head east on Nguyen Hue, and straight after the road merges with Ton Duc Thang you see the prison on your left. There are plenty of spaces to park a scooter there. The prison opens daily between 07:30-11:30 and 13:30-16:30. 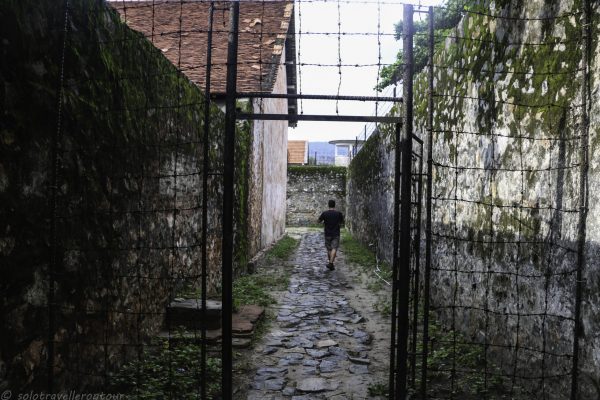 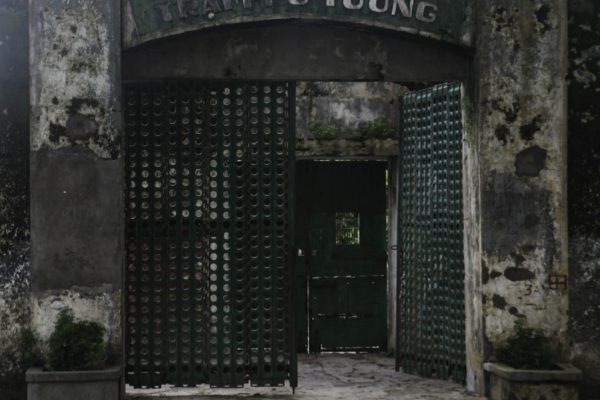 After entering the gate, you can turn left to see the oter walls and twoer from the inside. Otherwise turn right and head through the door to get to the main prison area. Here you find several cells that offered no protection against the weather on the island. To get a better feel how the prisoners were treated in several cells you can see mannequins in several scenarios. 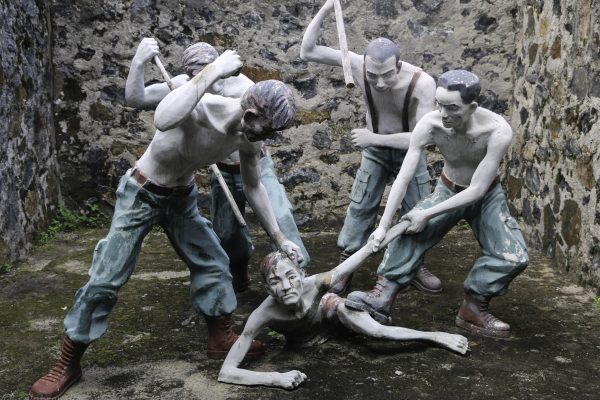 The beating inside an open air cells 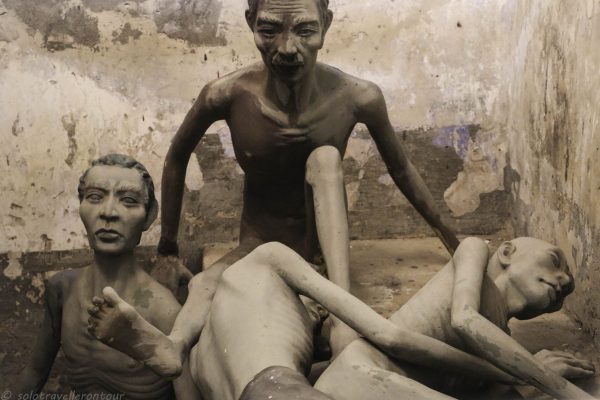 Prisoner inside the tiger cell

Here you find also two buildings containing tiger cells. You can either see the inside of the cells from the door, and you can climb up the stairs to look down to the cells through the open bars. Mannequins in this area highlight the conditions once again.

On the far north-east of the prison you can see now a section of more building with normal cells, though these buildings are severe damaged. 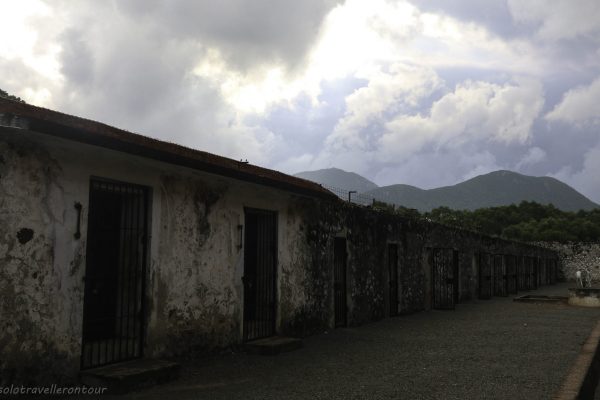 Cells at the damaged section of the prison 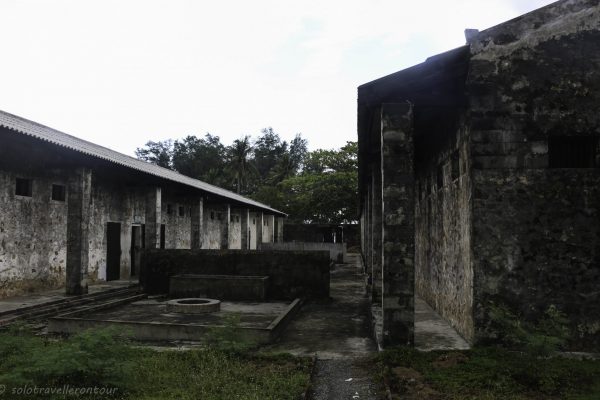 This site shows the sad history of “Devils Island”, as this was hell on earth for the captives. And in my opinion it is a must-visit place during a trip to Con Dao. Some might not find it easy to visit such places, but it should not be missed.