Te lesser known prisons of Trai Phu Binh and the Phu An camp are located just outside of Con Son Village on the road towards the airport.

Trai Phu Binh was built in 1971 by the US, with a total of 8 different buildings. The building itself are rather narrow, and on both sides of the little hallway were 24 cells on both sides.  So in total there were 384 cells. Due to the small size the cells were called “Tiger Cages American Style”. If you have visited Trai Phu Tuong you can easily understand where the name came from. 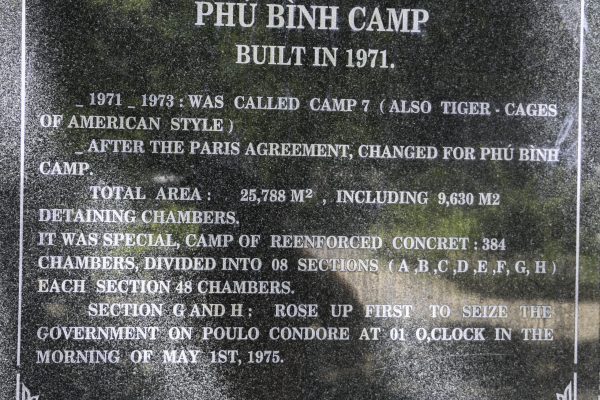 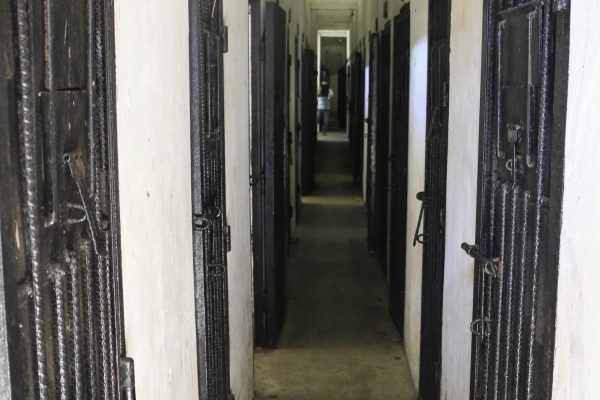 Trai Phu An prison was built by the US in 1968 to deal with those captured during the infamous Tet offensive. It covers two buildings that consists of 10 chambers and four cells each. Initially it was just called Camp 6, but was renamed Phu An camp after the Paris agreement.

Plaque for Trai Phu An 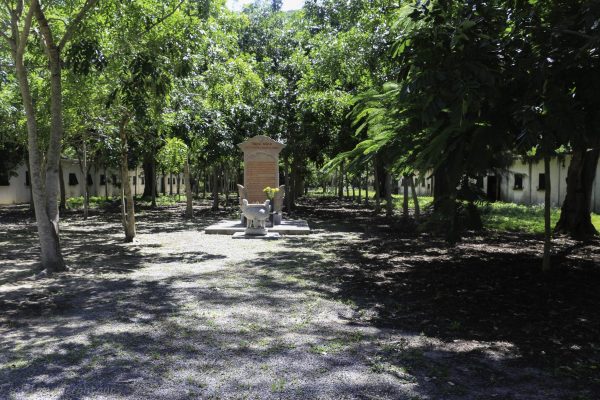 Both prisons were not as notorious as Trai Phu Tuong, but still many lives were lost here until the prisoners were freed in 1975. It is actually said the officer in charge of these two prisons opened all doors before he fled.

Getting there is very easy. Just follow the road out of Con Son Village towards the airport. Take the second turn on your left after passing the Trai Phu Tuong prison. Follow this little dirt path, trees on both side offering plenty of shade, and after a few minutes you can see the entrance of Trai Phu Binh to your left and Phu An Camp to your right. You can easily leave your bike here. No need to buy any tickets, you can just walk into the complex. 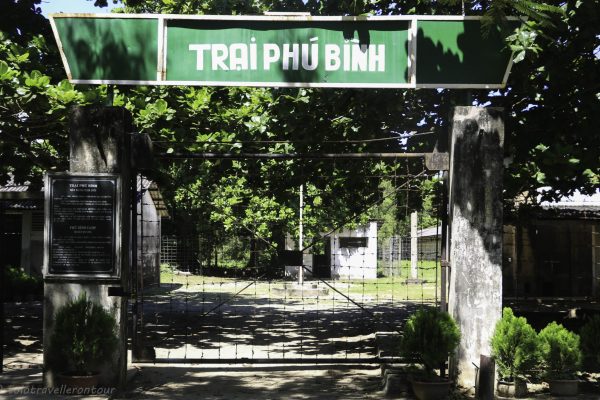 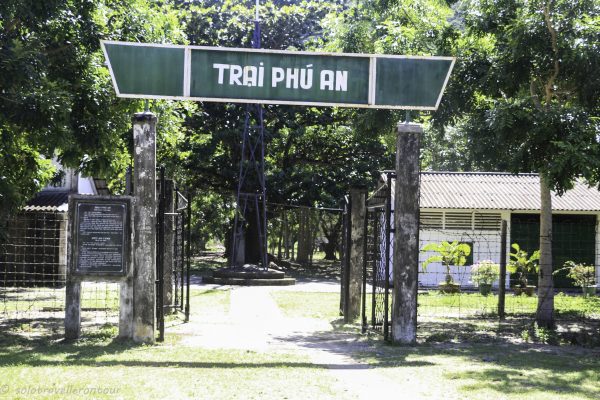 The signs above the gates make it quite obvious which prison you will enter. There are also plaques at the entrances providing general information about the size and history of the prison.

After passing the gate for Trai Phu Binh you enter a little courtyard with several small building that were for the soldiers and guards. After passing these concrete buildings you can see a concrete wall with signs over four small doors – AB, CD, EF and GH. Each door leads to a section with two prison blocks, though usual you can only enter the section with the building A & B. The two buildings are separated by a courtyard, now covered in grass. From here you can enter the prison building. After entering you realise how narrow they are – you struggle to walk next to each other here. From the hallway you can and enter the little cells (total of 24 cells on each side). There is no surprise why this was called Tiger cells American Style. While walking through the hallway keep your eye to the ceiling – you might see a few bats resting. 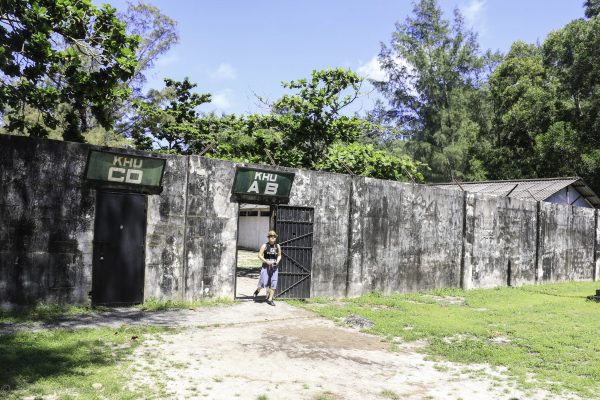 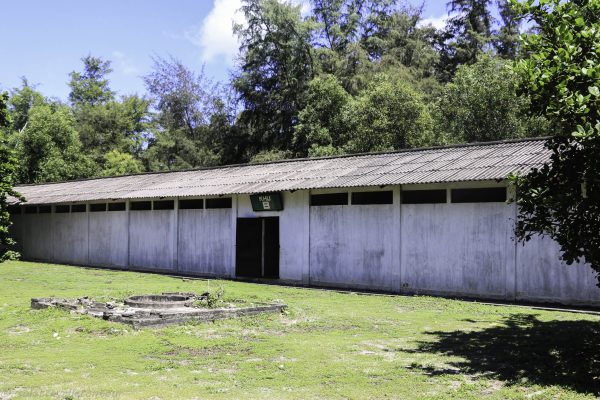 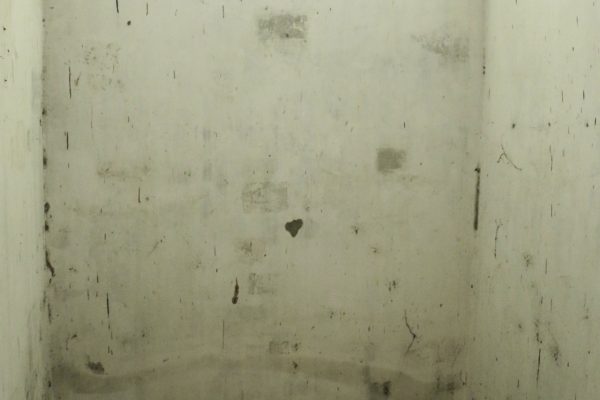 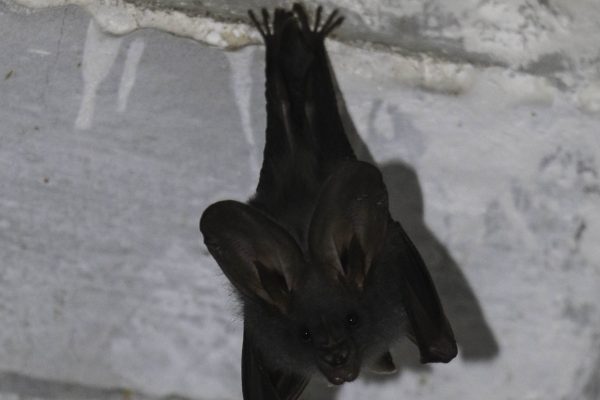 Trai Phu An on the other side is much smaller. After going through the gate you can see the two buildings ahead of you. Between the two blocks are now trees and it looks rather beautiful and peaceful here – surely the former habitants of these buildings would disagree with that notion. You will also see a little memorial plague with some information. The various chambers and cells are all open to enter. In comparison to the other prisons the main chambers are rather large, though they had to held more prisoners either. Due to the small size of the prison you do not require to stay long here to see the whole site. 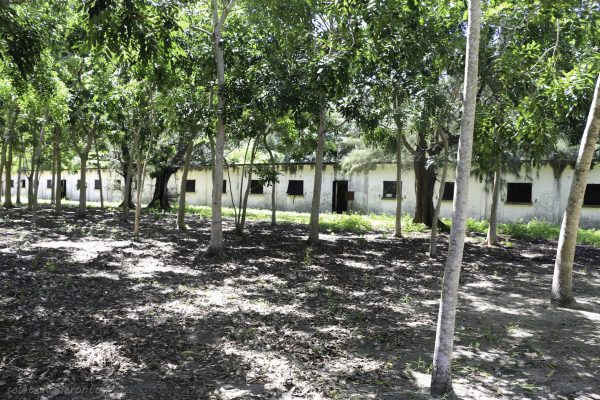 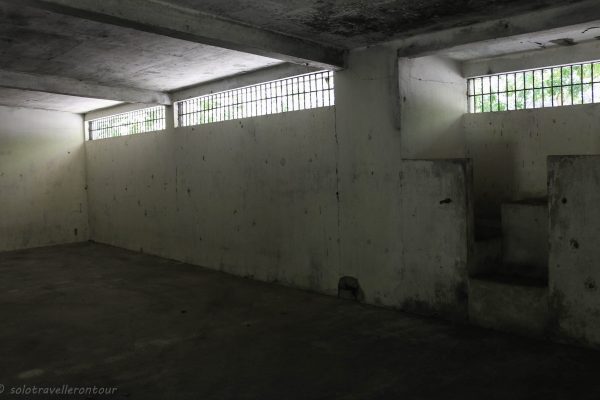 Inside Trai Phu An

If you have some time I would recommend to visit these sites (especially Trai Phu Binh), as it offers another perspective of the situation on the island during the Vietnamese War. Also, the area is just beautiful. The whole area is covered by a forest, and you can see some hills in the back. It is difficult to believe what happened here over 45 years ago. If you are brave you could  continue to follow the little path, as it leads to Luu Chi Hieu, which connects the road from the airport to Hang Duong Cemetery. However, the condition o the road is not very good.