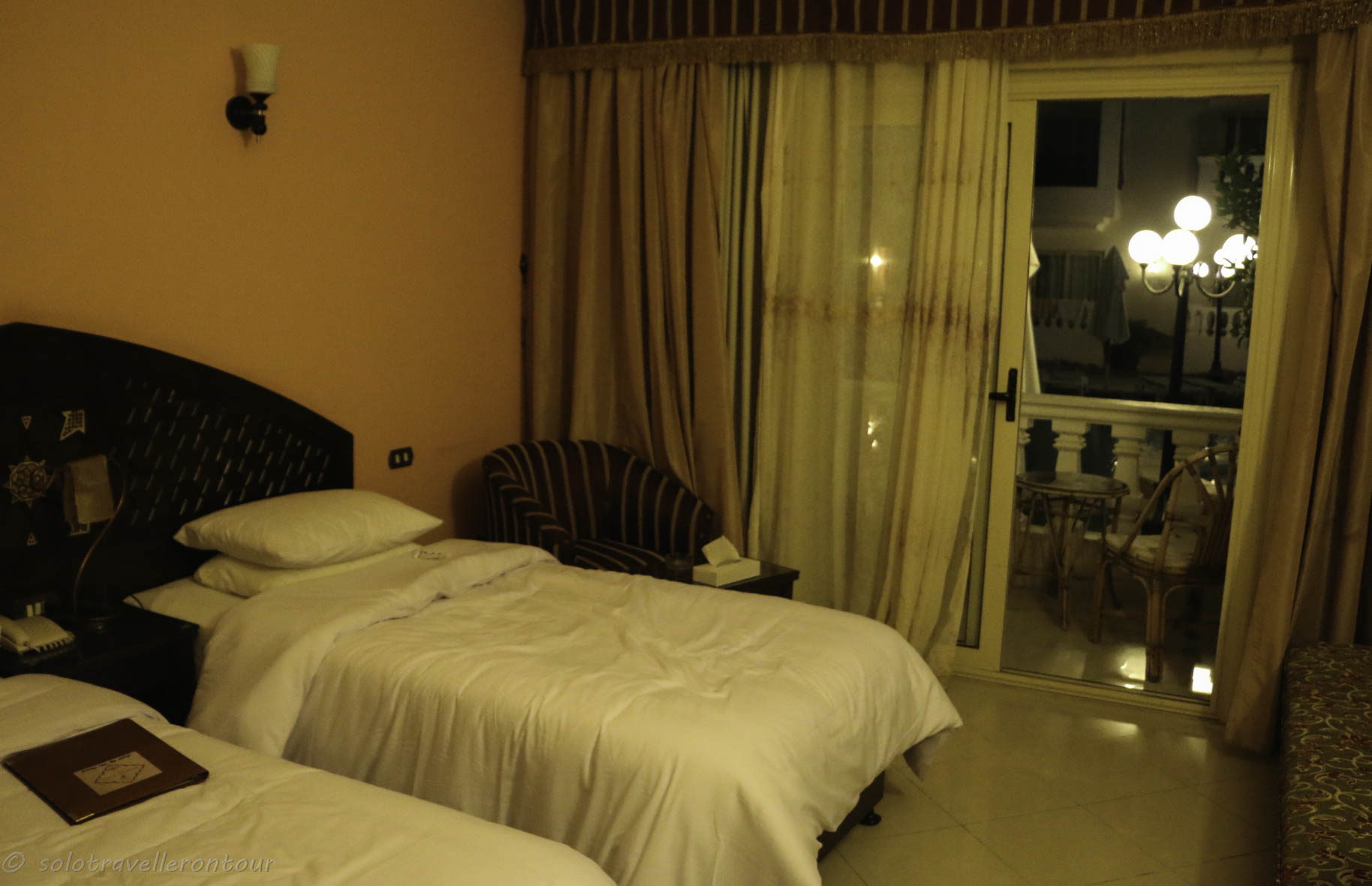 Due to a rather stressful year I decided on a whim to book a last-minute trip to Sharm El Shiek after founding a very good deal online (yes, indeed an AI package…). Yes, I wanted to retrun to Egypt after nearly two years.

So one week later I was once again at Düsseldorf airport checking if the wannebe beer called Alt tastes better than last time (no – it still tastes terrible. It cannot compare to my beloved Kölsch) while waiting for my flight to Sharm via Istanbul. I have never flown with Pegasus Air ( a Turkish LCC), and it started all well with a delay of 50 minutes. Thankfully I was in no hurry due to the longer connection time in Istanbul. The flight with them was ok, nothing special, nothing bad. It is a LCC, so do not have any expectations. It is just getting from A to B. 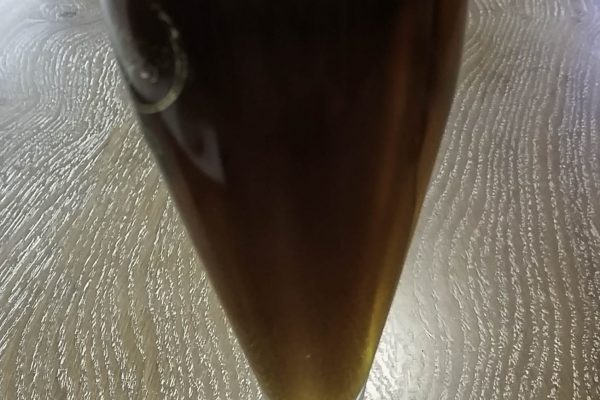 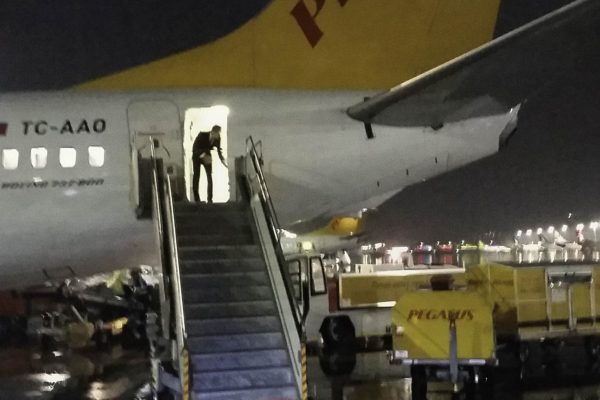 After an uneventful flight I arrived at Sabiha Gökçen International Airport. For some reason I thought it would be one of the airports Ryan Air flies to, with hardly any facilities (who ever flew with Ryan Air and had to get to Glasgow Prestwick or Weeze in Germany understands what I mean…). I was wrong. It is actually a nice airport with plenty of shops, food places (including McDonalds & Burger King) and places to just sit and enjoying a tea. You can pay with € or exchange some Turkish Lira. It is a nice airport.

Here I started to get confused. My flight was to Sharm was leaving at 00:45, but I saw a flight with Pegasus Air at 23:45 to Sharm. Well, I learned it was another flight – and I was not on it. So I had one more hour to enjoy the facilities at the airport, having a snack and some Turkish Tea.

Thankfully the plane was leaving on time at 00:45, but I got another surprise. The plane was not just going to Sharm, but also to Hurghada. I hd no clue what was happening, and where we would arrive first. At that point I realised why I prefer booking flights myself and not as part of a tour – I like to know where the plane was going!!!

Well. as per my usual luck we arrived in Hurghada first – at around 3am Turkish Time, which was according to my understanding the same as Egyptian time. People got off the plane, some wanted to go off the plane because they thought we were in Sharm already, but were sent back to their seat. It all was a little bit confusing and complicated. After everyone who had to leave were off the plane we waited…and waited…and waited a little bit more. Then new passengers started to arrive – but no rush obviously. I checked the time and it was 4am, the plane was supposed to arrive in Sharm at 3:35am. I was a bit tired, and my mood was not very good. My initial feeling that I dislike these package tours grew stronger and stronger

After over an hour we departed Hurghada again and 15 minutes later we arrived at Sharm – finally (I was wondering if swimming across the Red Sea would have been faster!!!). At least this time I knew the procedure at the airport – heading straight to the correct booth to get my Visa Stamp for $25 (I was planning to leave Sharm for a few days, so I needed one) and exchanging money, then going through immigration, collecting my bag and looking for a sign with the name of the travel company – and for more waiting. At that time it was 05:15 according to my watch and the pre-set time zone. But when unlocking the phone it said 04:15. I was now completely lost and confused (being tired didn’t help). After asking the tour guide it turned out that I was wrong – Egypt was one hour behind Istanbul time, so the flight was actually on time, and I somehow choose the wrong time zone. How to look stupid Lesson 1 – completed!!!! So feeling a bit more stupid I was just happy when we made the way to the minibus and left the airport to get to the hotel. Thankfully, my hotel the Oriental Rivoli Hotel was at the start of Naama Bay and I was the first one to get off the bus. 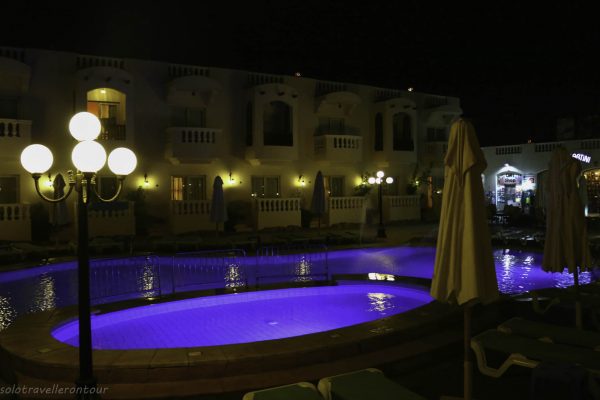 View from my own little balcony 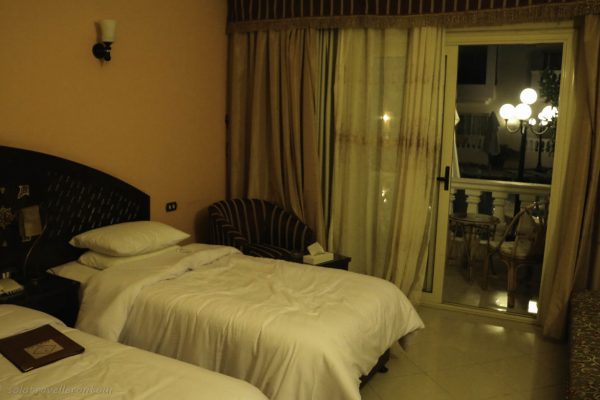 From the outside the hotel looked nice enough, and the check in went quickly (which was important as it was after 5am, nearly 13 hours after leaving my flat. And then my mood improved dramatically – when I entered the room. The room was spacious with two beds, seating area and en-suite bathroom. However, the location of the room was perfect. I was on the ground floor of the middle section of the hotel. From my little balcony I could walk out to the pool, and from the main door I get to the canteen, pool bar and another pool. Oh yes, I was happy. I was sure by then that I will have a good time here. And soon I realised that the bed was comfortable as well. The holiday can start…. 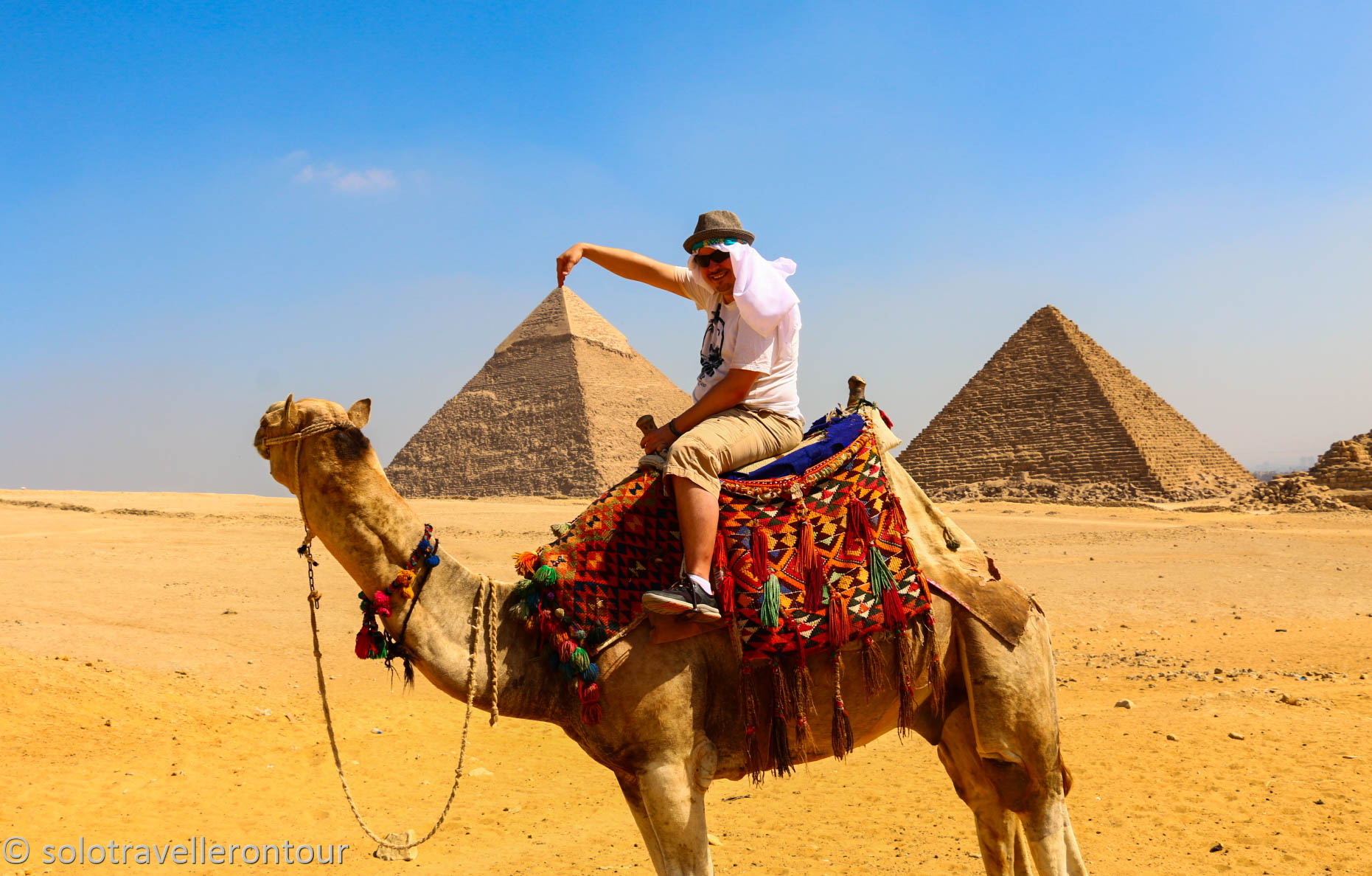 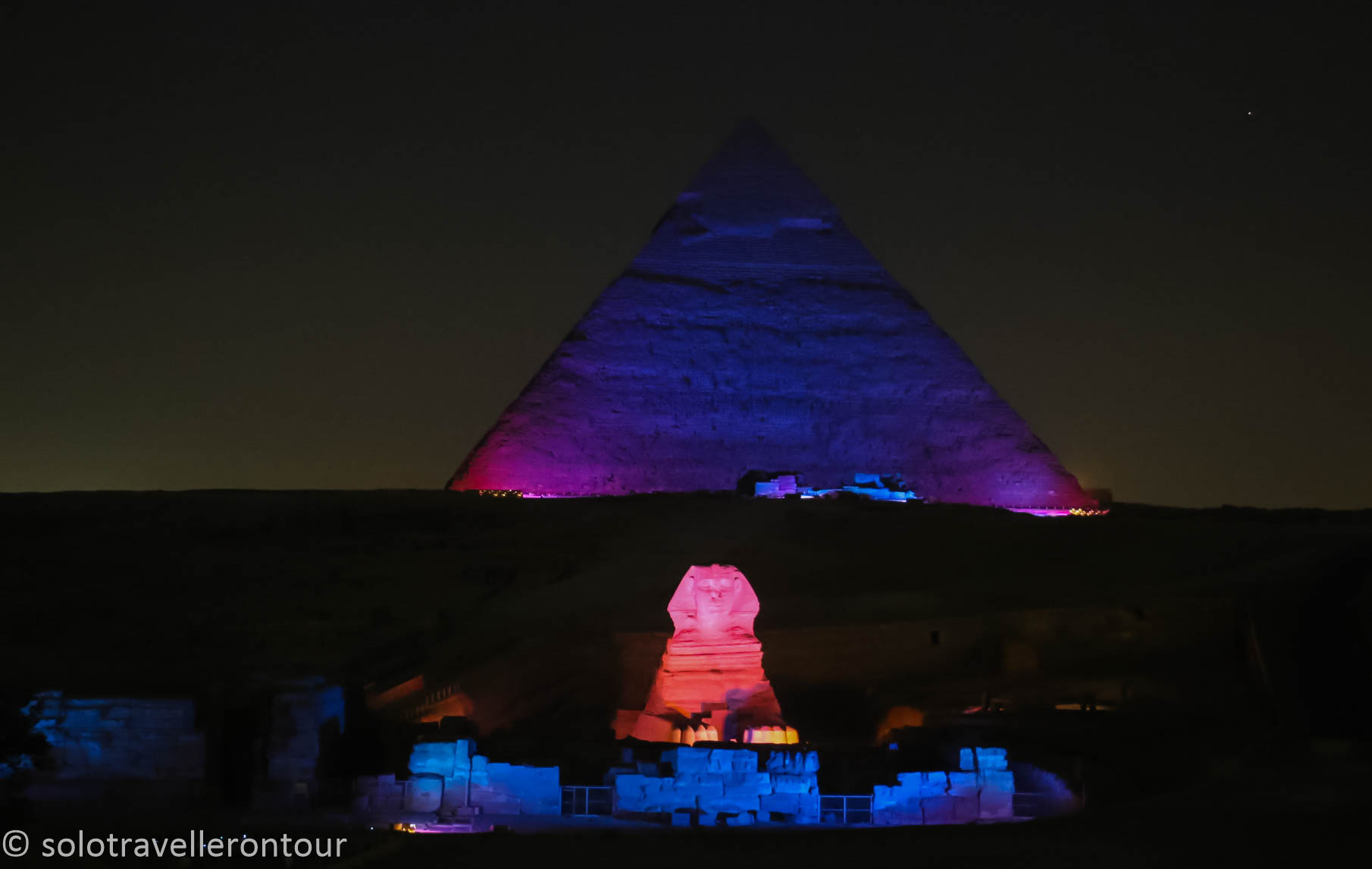 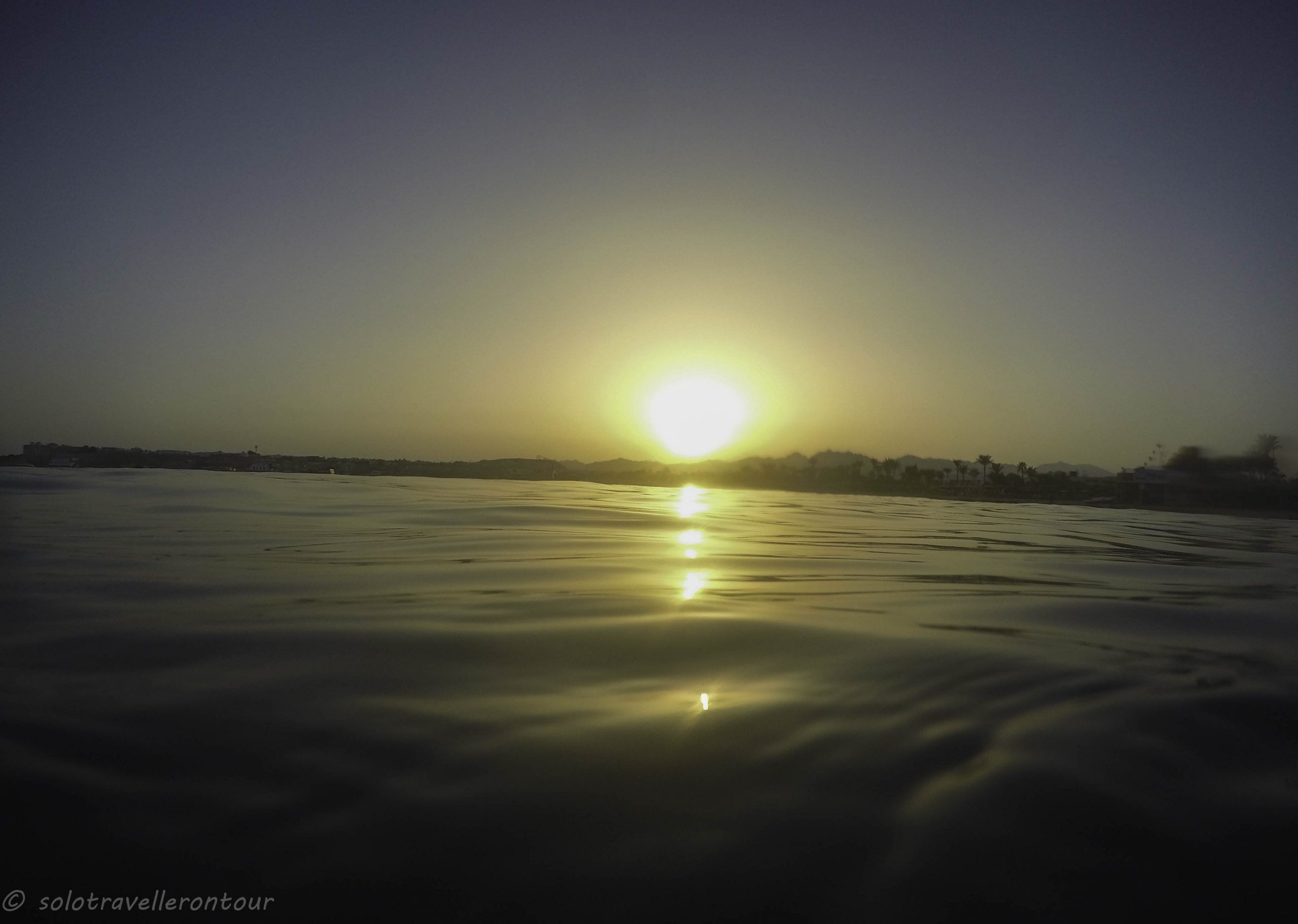