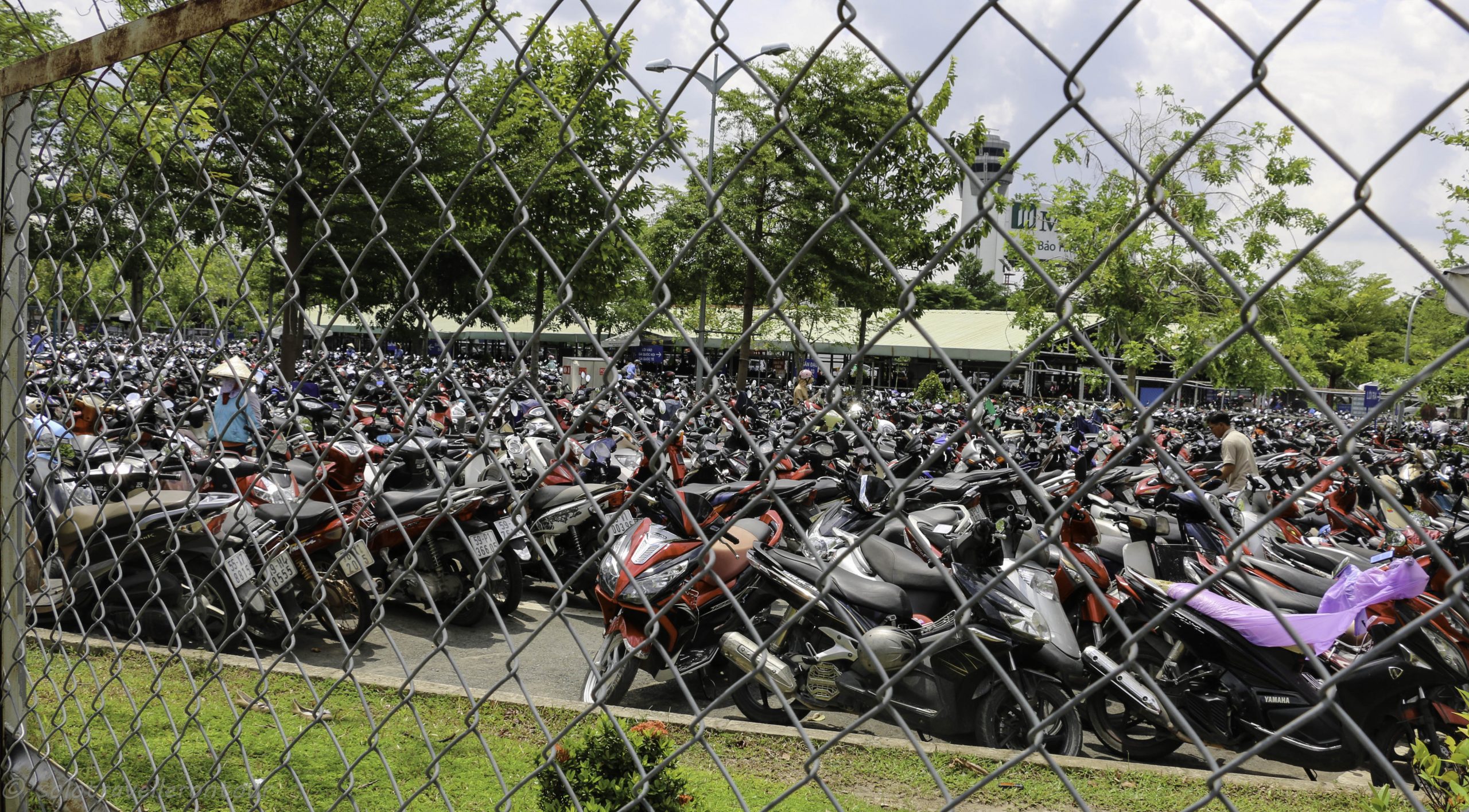 Nearly 24 hours after leaving Germany I finally arrived in Ho Chi Minh City – at the very friendly time of 1:30am. The advantage of arriving that early / late is that not many planes arrive at the same time. So the queue for the VOA process was not busy.

For my last trip I got my Visa from the Vietnamese consulate in Luang Prabang. To avoid sending my passport by mail I decided this time to use the Visa-on-arrival process. Unfortunately it is not as easy and straightforward as for Laos or Cambodia, where you fill in the form and pay the fee straight at the border. That’s it.
The process for Vietnam works differntly. You apply for the Visa at one of the many agencies online. Amongst all of these agencies there are unfortunately several scams, so I used the recommended Vietnamvisapro.com. They only charge $10 and after 1 day I got the required letter by email (check your spam folder as well). Don’t be surprised if you see the details of other passengers as well – the VOA letters are sent out to a group of people at the same time. Just make sure you take the printed page with your name with you.

Please note that currently citizens from several countries, including Germany, Spain and UK, do not require any Visa for a stay for 15 or less days. However, if you use that Visa waiver you cannot re-enter Vietnam for 30 days. It was of no use for me as I was staying for 22 days. Well, it was better than leaving sooner I guess.

Before going through immigration head to the VOA desk, hand over your passport, a passport photo and $45 (for a one month single entrance visa). Make sure you pay with US$.
Even though not many people arrived at that time, it took still around 30 minutes before I got my passport with the important Visa stamp. Going through immigration was easy, and my bag was already waiting there for me. Perfect.
I got out to the departure hall, and thankfully the money exchange was still open. Aware of the usual bad rates on airports I was planning only to get a few Euros changed. But the rate was actually not bad – €1 : 23.800 Dong. I got a rate of 23.950 Dong in town. And no fee.
If you exchange money here, make sure you get some smaller notes as taxi drivers often pretend not to have any change.
As I was flying out the next day I decided to stay overnight near the airport, so no taxi needed for me. Instead I walked out of the airport – and was hit by a wave of humidity – in the middle of the night. I suddenly realised what kind of weather I will have to deal with (it always sounds easier on paper).

Being aware where to find a hotel with a 24h reception I made my way pass the shopping mall – where surprisingly where quite a few MaiLinh taxis waiting. So you might find one there if there is none in front of the terminal.
Thankfully even this part of HCMC is not completely closed around 2:30am, and found a food stall to get a drink. It was also very tempting to buy one of the tasty looking Banh Mi they offered, but thought it was too late / early for food. After a short walk on the main road I saw a hotel sign in a side road – it was not the hotel I was looking for, but Golden View hotel (not sure it is the same that was recommended – though it had the same name).
The receptionist thought they could charge me a bit more for a room due to the time, but after a quick conversation with the manager over the phone the price went down to the usual 400,000 – from 600,000 Dong.
The room next to reception was clean, with a double bed and a bathroom. It didn’t take long before I was asleep.

The next morning I slept a bit longer than I planned, so instead of a morning walk around the area I checked out at 11:30, heading towards the airport again. It must have rained during the night, as the temperature was much more comfortable without the bad humidity – it was very pleasant.
Before checking in I walked into one of the foodplaces along the road, to have my first noodle soup. It wasn’t a Pho, but it was nontheless good. The staff was very friendly, and there was quite a few laughter when the water who could speak English tried to teach the other waiter with no English language skills some English words. He tried to use them with me straight away, with mixed success. I instanly remembered why I missed Vietnam so much – it is the warm welcome of the locals.

After breakfast I was at the airport after noon for the flight to Danang at 13:30. Here I learned two lessons. Firstly, it is very easy to avoid the massive queues at domestic terminal check-in desks for Vietnam Airline. In a corner slightly hidden are two check-in computers with no queue with one member of staff helping the customers. One minute late I was walking to the baggage drop-off point and I was done.
Unfortunately I experienced my first delay in Vietnam. During check-in I was advised that the flight leaves an hour later. But as an apology every passenger got a voucher for a drink near the gate. Many European airlines could learn from that. But knowing it in advance I left the airport to have a coffee next to the mall. The prices there are cheaper, and drinks are probably better. While it was not one of the better ones I had, it felt good to have a Cafe Sua Da again. I was just a little confused as last time I got it served with the coffee still dropping through a filter into the glass woth sweet milk and ice. This one was served already mixed – a version I got most of the time during my visit. Still, it is very refreshing (and addictive).

Thankfully the plane was not further delayed, and I was finally on the plane that would bring me to Danang, and knowing that a driver was waiting there to get me to Hoi An I could just look forward to return to that lovely town – and being happy to be back in Vietnam.

It is difficult to explain how nice it was walking out of the airport, and seeing some familair buildings (despite the humidity). I really missed the country since leaving it, and I was so excited when I decided to return. Arriving here brought the whole excitement out, and even while I was tired couldn’t help smiling all the way to the hotel.
VOA worked fine, though I am not sure how long the queue would be during the main hours when quite a few plane arrive.
If I have a plane to catch either in the morning or afternoon the following day I would stay near the airport again. No hassle to deal with taxis, and I thought it was perfectly safe to walk out of the airport. There are still palces open for a late night dinner, and even more places to choose from in the morning. It is much more relaxing to start the day that way, instead of coming back from District 1.
Also, considering the various exchange rates I saw in different places, the exchange booth in the arrival hall of the international terminal offer a reasonable rates and can be used to get a few Dongs upon arrival.

The hotel I stayed at off Hong Ha (the one that leads away from the airport passing the Parkson CT Plaza) was called Golden View Hotel, however seeing pictures of the one on booking. com and others I am not sure it is the same. Nonetheless, it is good enough for a night between two sleeps, to avoid the journey to District 1. There are enough food places around for dinner, breakfast or even late night snack. So it is an option to considere 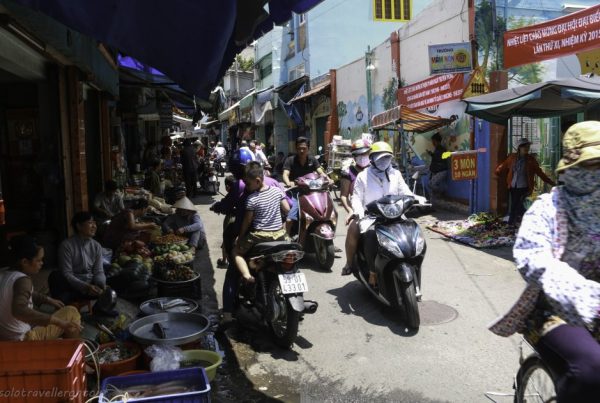 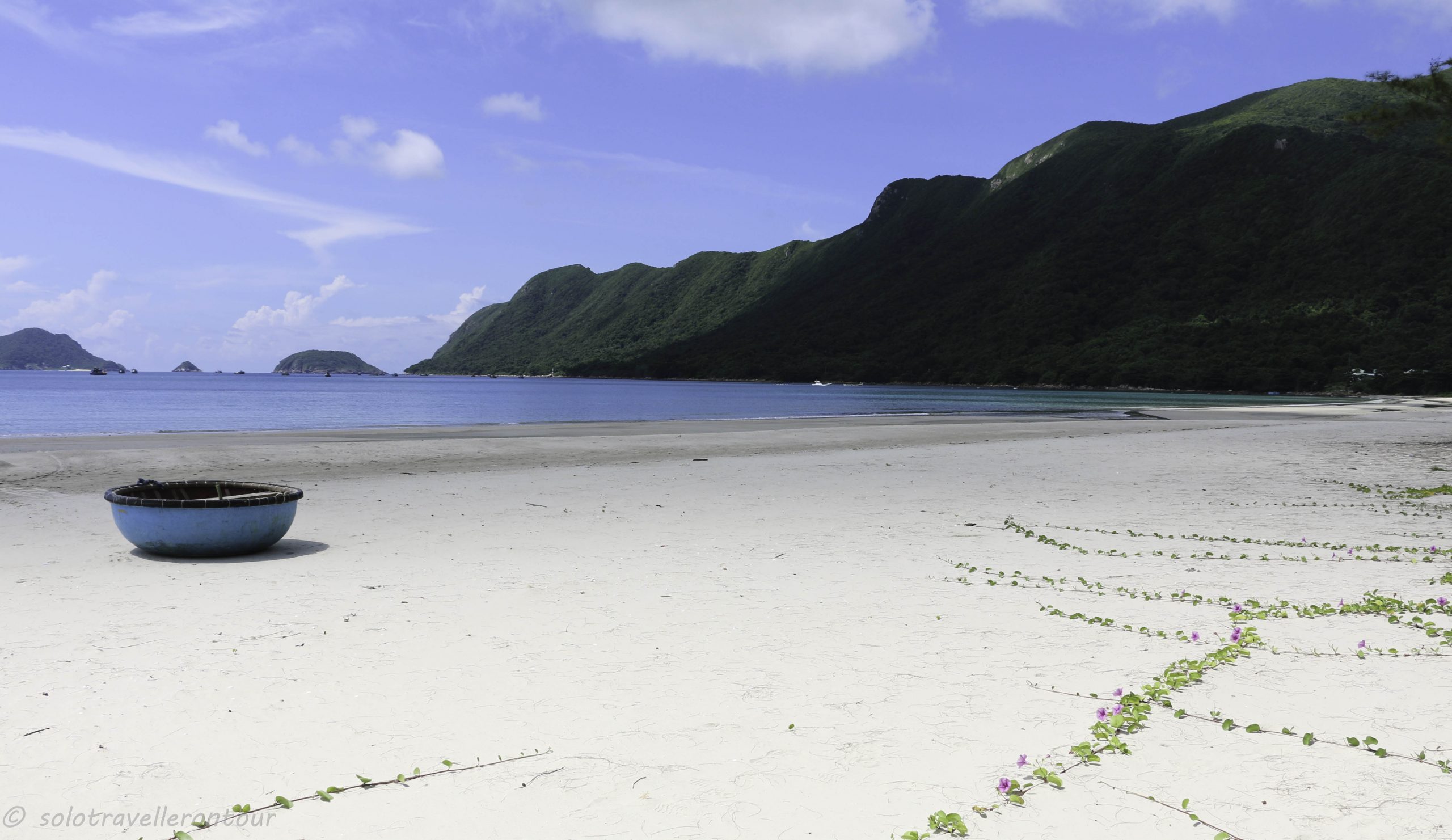 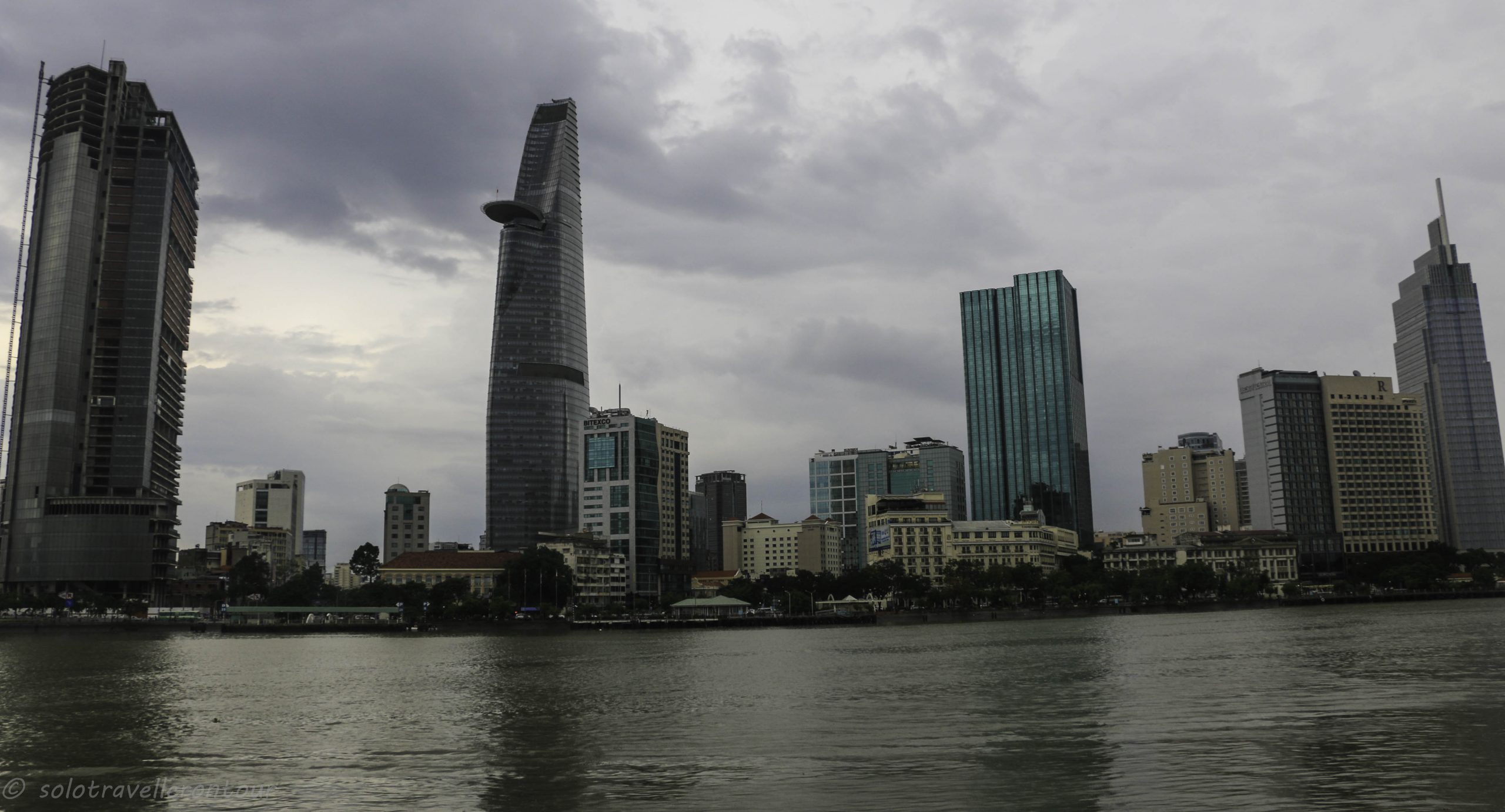