After a great time in the central highlands it was time to head back to HCMC by plane from Pleiku.
Usually people get worried when getting to the airport – do I arrive on time, will the plane be delayed etc. Arriving at Pleiku airport (it really isn’t a very big airport to be honest), I checked in 2 hours before my flight – and realised a few minutes later when I saw passengers hurrying to security that people were still checking in for the flight that left before mine. I was a bit disappointed they didn’t offer me to check in for that flight – I would have arrived a bit earlier in HCMC.

No problem, I just sat down at the one café at the entrance hall and having another ice coffee. Everything looks better after I had one of these!!!

Thankfully my Vietnam Airline flight – a propeller machine for a change – was on time and after a shortish 1 hour flight I was back in HCMC. For the third and last time during this trip. As I had a 9 hour layover I used the left luggage facilities at the international terminal (coming from the domestic terminal, turn right at the beginning of the building, it is on the left side after going through the door). They don’t have a locker there, you leave the bag in a room (with security obviously). For 6 hours I paid something like 150,000 – 200,000 Dong. It worked very well, and would definitely use it again for a longer layover.

I gave Tuan a quick call, and waited at the shopping mall across the airport. They have a food court on the top floor, and I enjoyed some dim sum there – I always find time for a drink or for some food.

A bit later I was once again riding through the crazy traffic in HCMC, sitting on the back of Tuan’s scooter. He was so kind to help me with two favours. So the first stop was in a coffee shop, where I was able to purchase 3 bags of coffee beans (maybe I should have bought grinded coffee instead – would make life easier back home, but I loved the smell of the beans). Then we quickly drove to District 1 as I wanted to buy one or two T-Shirts. In one of the shops there I was able to get two typical shorts tourists buy in Vietnam. I tried them on, and they fitted well. Unfortunately I made a beginners mistake, and took a shirt with another colour without trying again (it had the same size label). Back home I realised I must have bought one that felt like xxxxx-S shirt. So always make sure you put one the shirt you want to buy – never trust the labels.
With the shopping all done we headed towards the airport again for a last early dinner. We met Thuy and a friend of them at the food place, and for the last time I was able to enjoy the great Vietnamese food. As usual they ordered the food – I trusted their taste by now. It started with some roll-your-own-rolls with meat, rice noodles and rice paper, followed by a soup with pig ear. Unusual – but tasty. I enjoyed the food, and it was great to catch up with Tuan and Thuy. 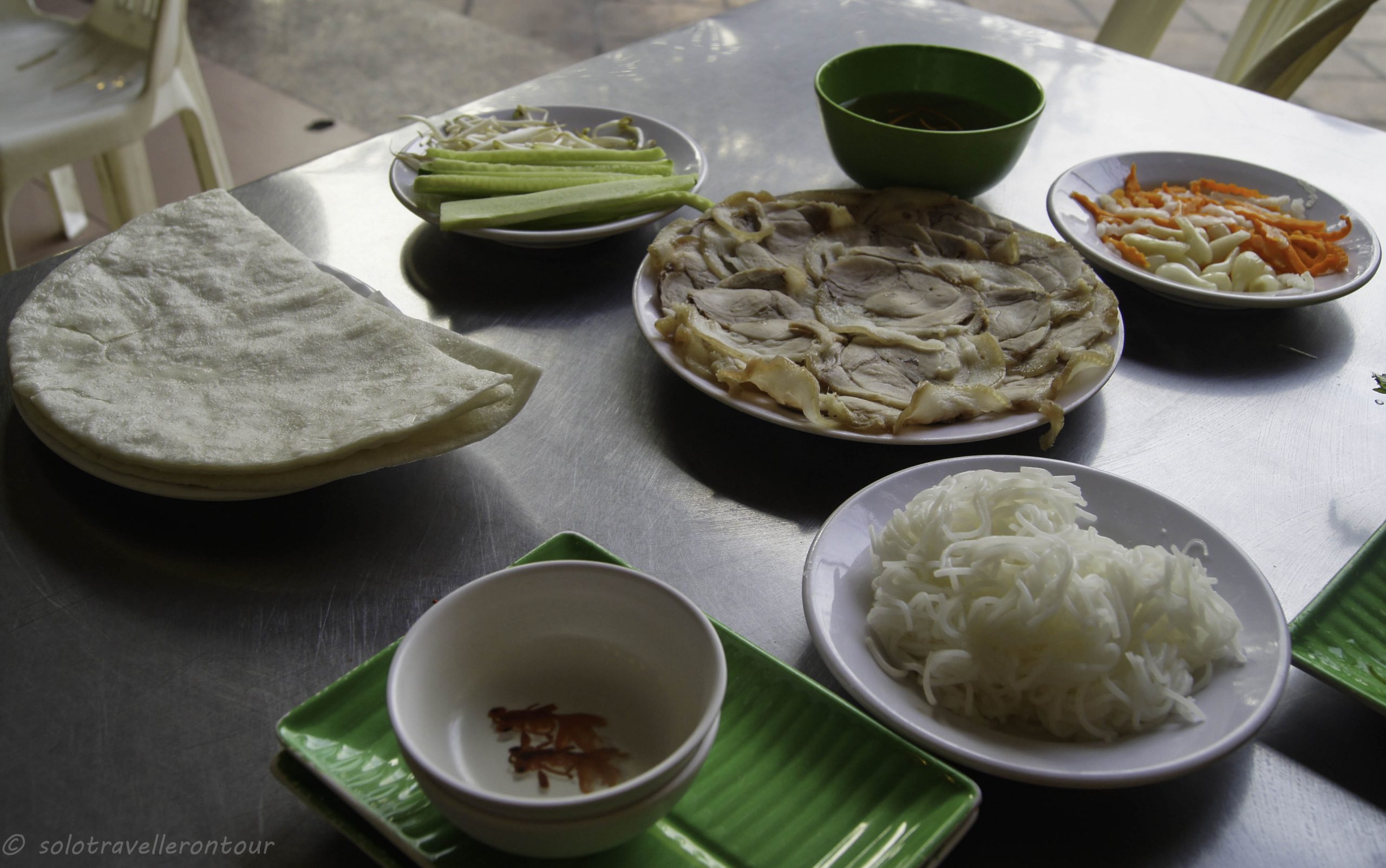 Before heading to the airport we had a longer stop at a café where I could have another ice coffee. Since arriving to HCMC for the very first time I loved spending my time with both of them. They looked after me so well, showed me some great non-touristy areas. Besides, they are just lovely people, and I was very lucky to meet them in the first place.

Unfortunately it was then time to say goodbye – after they drove me to the airport. After the great time I had in Vietnam I knew it would be sad to leave the country, but I think the fact to say bye to Tuan and Thuy even made it worse. Who knew then if or when I would see them again (I never thought in a million years that I would be back only 6 month later!!!!!). 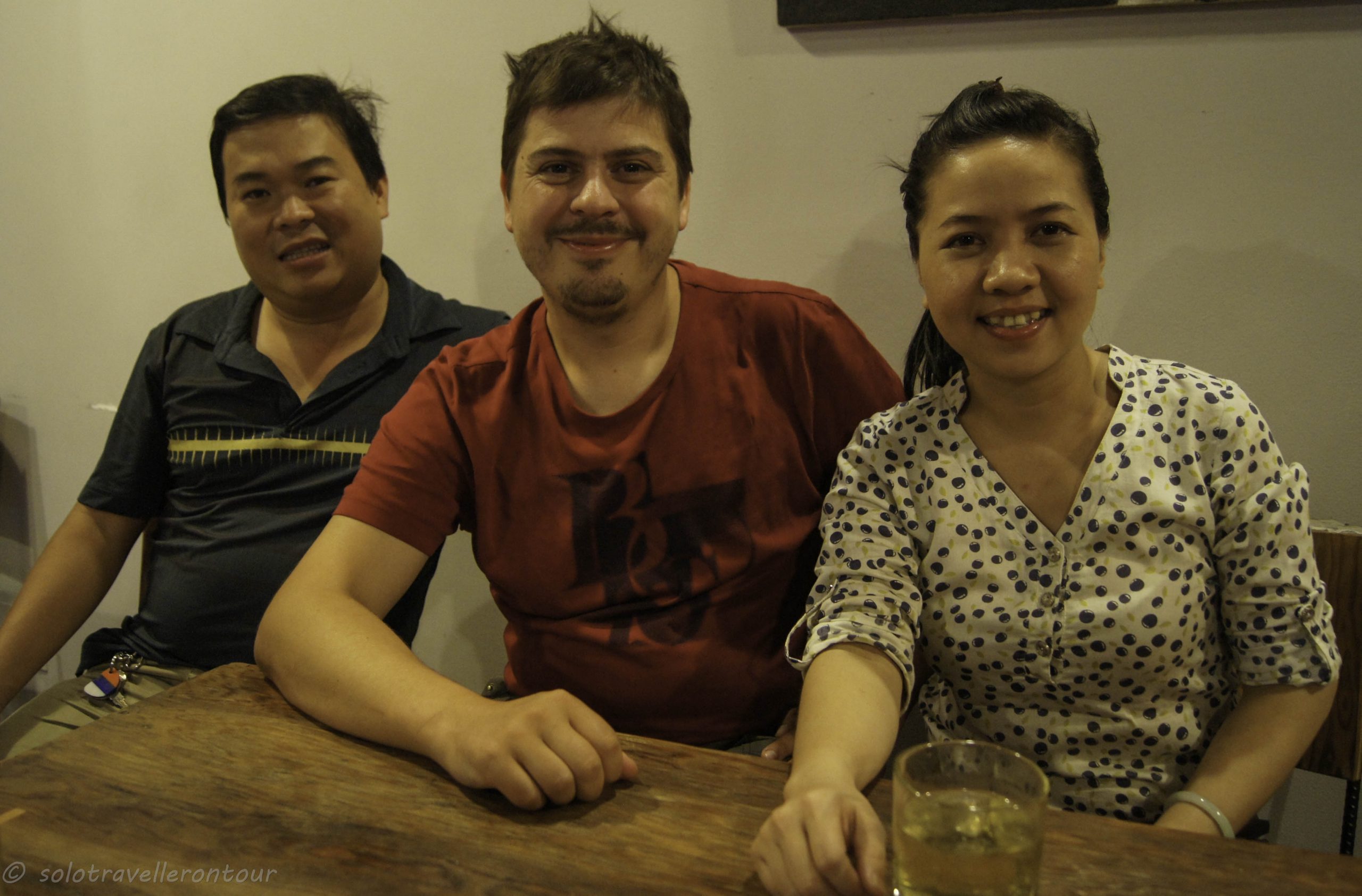 But too soon I went through immigration. Unfortunately too late I realised I didn’t bought any food for my stay at Bangkok airport. Was too busy eating, drinking and talking. Apparently I like to talk – a lot. Who knew!?!?! ?
The plane left on time, giving me a last opportunity to look over HCMC for the last time. And 1 1/2 hour later I was in Bangkok – my Vietnam adventure was truly over now.

The 2 month I spent in Vietnam (longer than expected, only wanted to stay 40 days) was just a great experience. I would have never thought after my first 24 hours, where I openly said that I hate the country, that I would fall in love with the country instead. But meeting so many great people, feeling the warm welcome wherever I went, the scenery, the food and the history. That all really amazed me. I made some good friends during my journey, was able to see some of the real Vietnam away from the tourist traps. And for some reason this has captured me. I am glad I didn’t have the bad experience with scamming like so many tourists had (except for the first 24 hours) and ruined their trip. This reputation clearly damages the prospect of travelling the country (reason I never been there before). But I am so glad it didn’t stop me. I would have missed a great country.
And besides the few bad apple who see tourists as a walking ATM, I have hardly met more friendly and welcoming people. Their attitude should be an example of other countries. They hold no grudge against US or the French despite the terrible crimes committed by these countries against the Vietnamese people (they still suffer from side affects till today) they welcome people from these countries with open arms. Not looking back to the past, but to the future. I wish more people would follow their example.

After leaving Vietnam I was sure I will return to the country – and I did so soon after. I think this really shows what I think about the country. I hope more people will visit this country and having the same great experience I had. 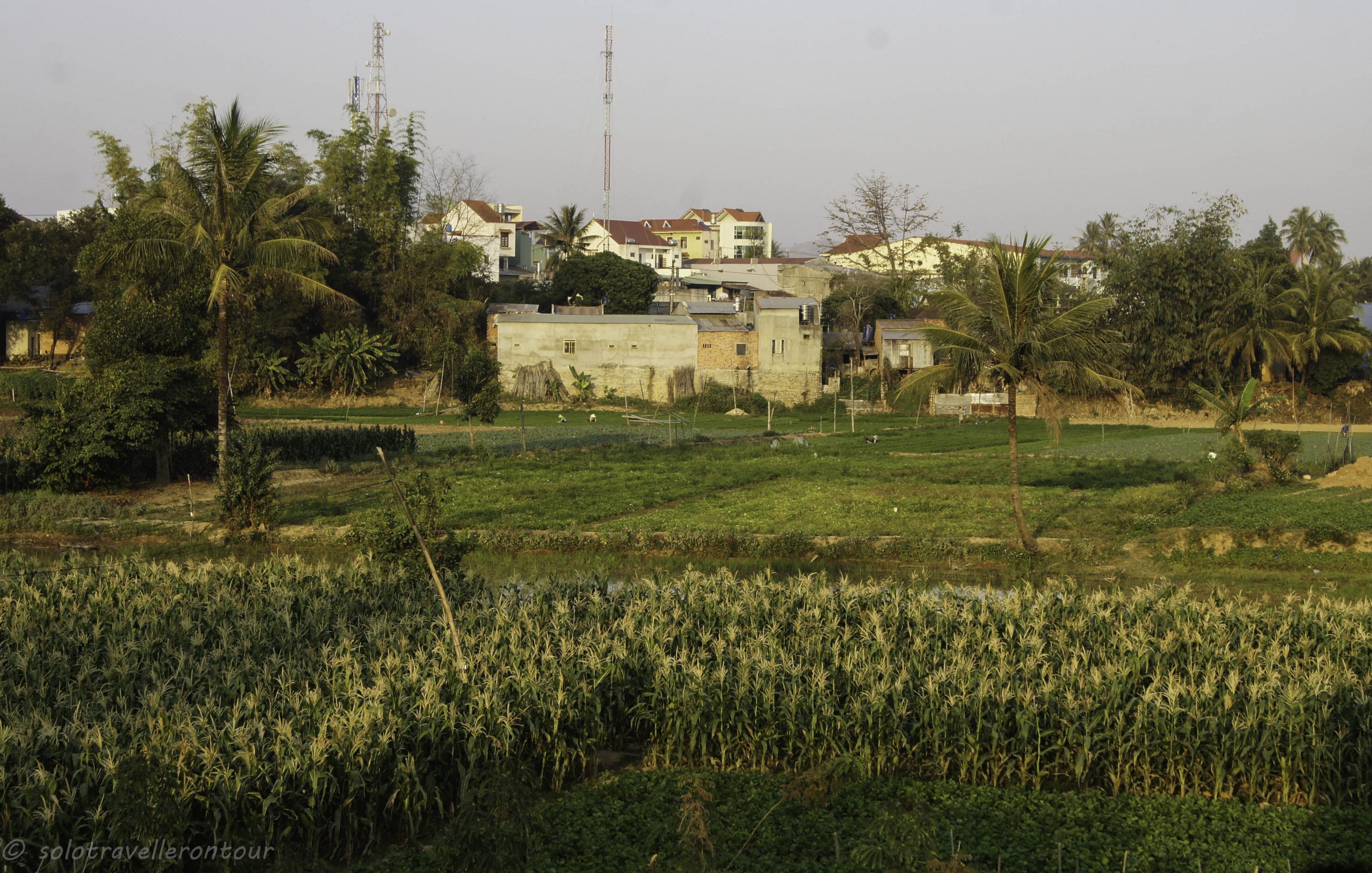