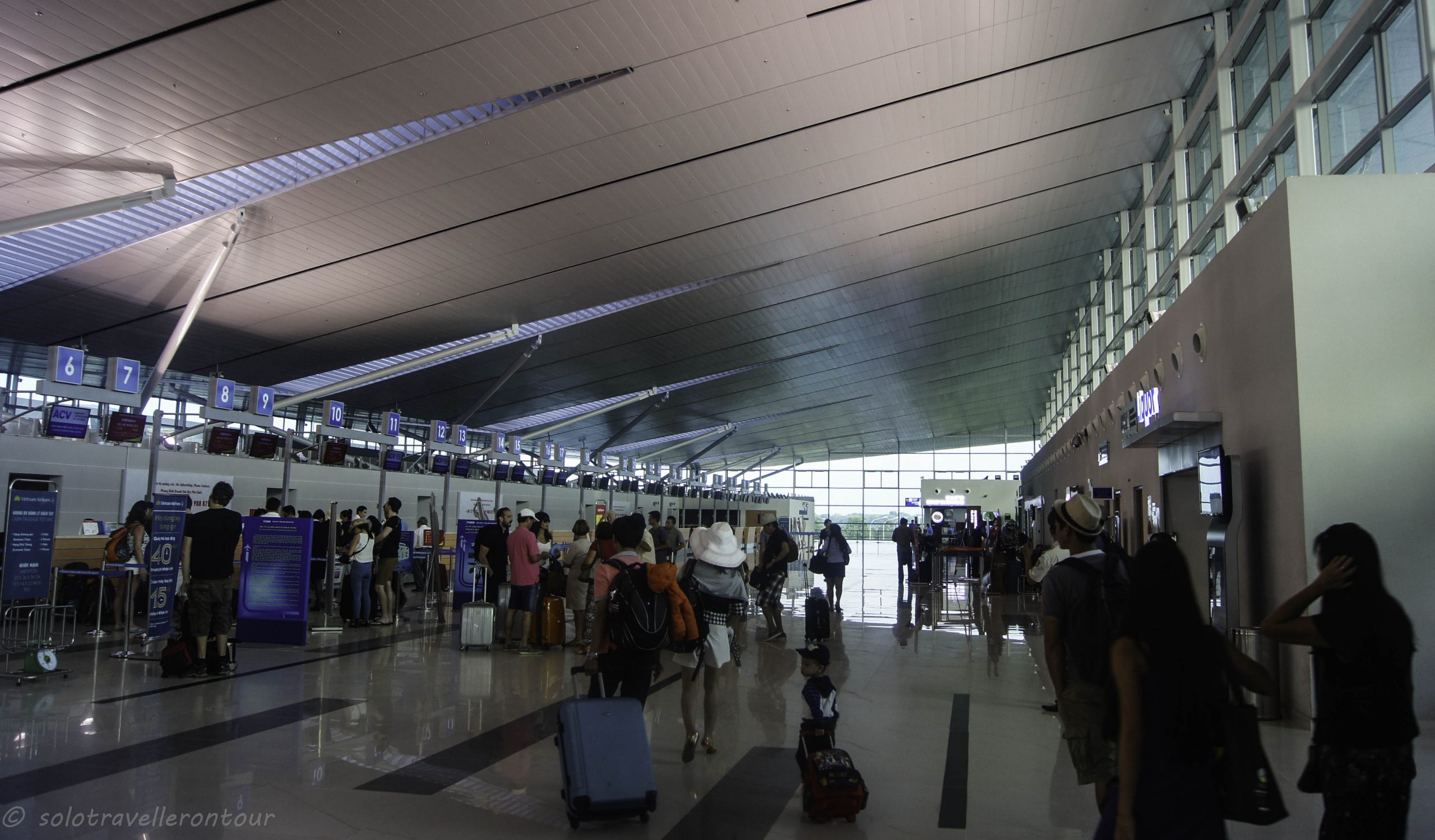 27. From the beach to the mountain – Phu Quoc to Dalat

After being away for nearly 2 weeks I was back in HCMC. The plan was to head to the central highland the following day.

Arriving after 8pm (we were on time) I quickly made my way out of the domestic terminal, and got a Mailinh taxi outside straight away (the prie was 185,000 Dong, including 10,000 Dong exit fee). Again I didn’t have to worry about any scams using a reputable taxi company.
As I had some stuff left at the Vietnam Inn Saigon I headed back there (well, the room was ok, I only had an issue with the reception staff), and after getting a bed in one of the rooms straight away, I was picked up by Tuan and Thuy straight away. I just spoke to them before I left Phu Quoc, but they immediately said they ill meet me again. It really was nice to meet such great people.

We headed to a little side alley with several food stalls. I mentioned to Tuan that I had some noodles that look a bit like Macaroni, and I was able to get a potion there with meat. And it was good. I know they only look like Macaroni, and taste different, it was still delicious.
After lunch we headed to another nice café for an ice coffee – I really loved that they took me to different places every single time they saw me. They also provided me with some information for Dalat, and what bus I should take the next day.

Unfortunately too soon it was time to head back, but even if it was rather short this time, it was good to see Tuan and Thuy again. And thankfully it wasn’t the last time.

The next morning I got up at 7:30am, but I still felt a bit weak, and didn’t really fancy a 6-7 hour bus journey. Instead I checked flights to Dalat – both Vietnam Airlines and Viet Jetstar had some decent offers, but I was slightly tempted to stay another day in HCMC to recover. But in the end I decided I should head out today to have some tie to spend in the Central Highlands.
Obviously, it took too long to make the decision, and when I tried to book a flight with Viet Jetstar for 800,000 Dong including luggage it was no longer possible as it was suddenly within 3 hours of the flight (missed the cut-off time by 5 minutes!!!). Quick call to the airline, and I was advised that I could buy a ticket at the airport. Quickly packing my bag, collecting my other things I left behind, and I was on my way to the airport. I was a bit nervous that the taxi ride would take too long, but there was the normal HCMC traffic on the street  – lucky me for a change).

Less than 1 1/2 hour before the departure time I queued at the service section of Viet Jetstar, and I think I realised here how exhausted I was. I asked for the ticket and the price, and instead of 800,000 Dong I saw online (including luggage), it was now the same price without, and luggage was per kg, not a fixed price. I understand that buying tickets for a low cost airline is more expensive, but I still got angry with the woman at the counter, and it got a bit louder. I actually walked away and was considering to fly with Vietnam Airlines. Unfortunately the flight wasn’t leaving for another three hours.  So after calming a bit down I went back to the service counter of Viet Jetstar, waited until the lady I spoke to was free, and apologised. I was clearly in the wrong, and I know that ts the way how it works with low costs airline (hence you should always book online). She was clearly surprised to see a tourist apologising for his behaviour, and soon enough she help getting a ticket. Unfortunately the process wasn’t straight forward.
Firstly I paid the 800,000 for the fee, then I had to queue to check in and weight the suitcase. I nervously check the time the whole time, as the 40 minute mark to check in got closer and closer. I checked with one of the staff standing next top the queue, but he said it will be all ok. 45 minutes before the flight it was my turn. After handing over my big backpack I didn’t get a boarding card. Instead I got a note with the weight of my luggage, headed back to the service point, queuing there (fencing off two locals trying to queue jump), paying the 500,000 Dong fee and got a stamp on the note.
Then I waked pass the while queue to the check-in counter, showed the note and got my ticket.
I managed to get through security 30 minutes before departure (the queue was short for a change), and I just arrived when boarding started.
Only 4 hours after getting up, with no ticket, I was on the plane – and after a short hour fly I arrived in Dalat airport at 12:30.

It was a bit stressful, and I wouldn’t recommend buying tickets at the airport on short notice. Not worth the stress. Besides, if I would have booked the flight 10 minutes earlier I would have also saved 500,000 Dong.
At least I managed to avoid a 6-7 hour bus ride from HCMC to Dalat.- and this is worth something
Also, it was good to be on a second flight with Viet Jetstar that didn’t have any delay, and the plane was good and the staff was friendly